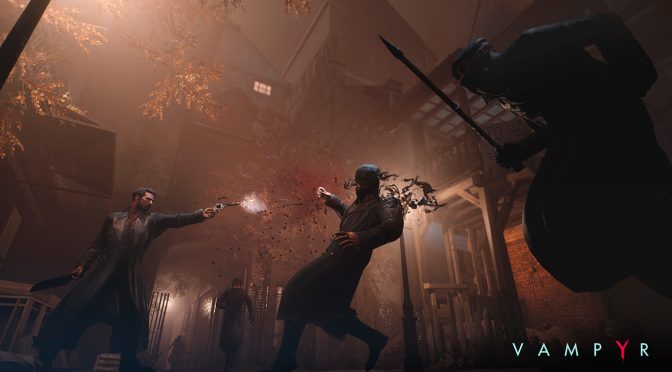 YouTube’s ‘Gamesworld Gameplay’ has also shared a video, showing six minutes of new gameplay footage for DONTNOD’s Vampyr. Vampyr is powered by Unreal Engine 4, and will come with a non-linear skill tree, a deep crafting system and a combat difficulty that can be affected by player actions out of combat.

Vampyr is set in 1918 London in which players take the role of Dr Reid as he awakes having arrived home from serving in the Great War with a deathly new ailment: vampirism.

In Vampyr, every citizen killed will affect London’s safety. From shop closures to missing kin, the act of killing is unavoidable, but who you kill, and how, is in your hands. Every civilian can be killed, or saved – but as hordes of vampire hunters prowl the streets, growing strong on the blood of the weak will be ever more tempting.

Vampyr will be a complete experience, will not receive any DLC, and will be released on June 5th.