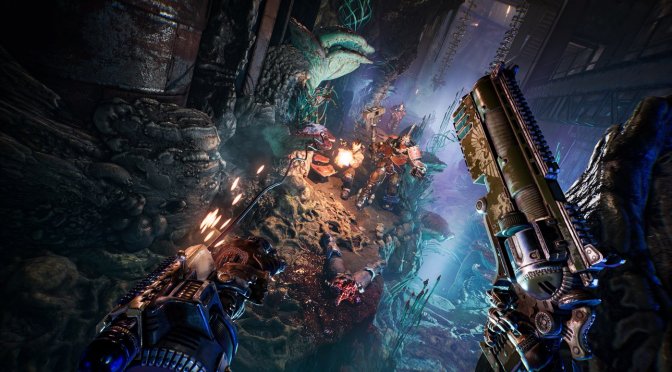 Necromunda: Hired Gun is a fast-paced FPS by Streum On Studio that will release on June 1st. This latest trailer is a deep dive into Hired Gun’s various zones, weapons and perks.

On the other hand, Hood: Outlaws and Legends is a multiplayer PvPvE heist game from Sumo Digital that will come out on May 7th. Hood: Outlaws & Legends promises to offer a unique mix of stealth and combat. In each heist, two teams of four compete to steal and extract a heavily guarded vault of riches from the villainous Sheriff and his elite guards.

Lastly, the launch trailer for Resident Evil Village is a bit short and may contain some spoilers. The game releases on May 7th, is using the RE Engine, and looks visually great.