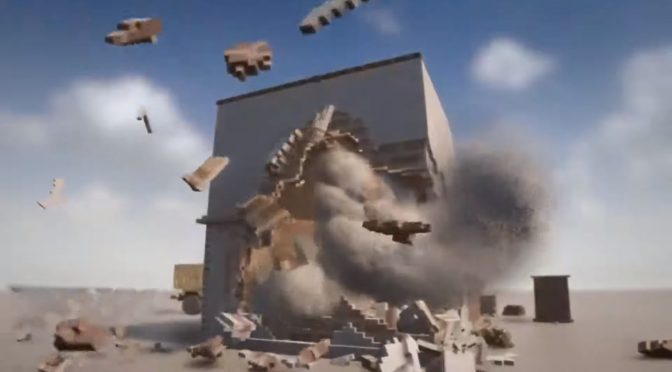 Back in August, we shared a video from a new voxel game that promises to feature a fully destructible world. This game is called Teardown, is being developed by Tuxedo Labs, targets a 2020 release, and you can find below a new gameplay video from it.

The game features a fully destructible and truly interactive environment where player freedom and emergent gameplay are the driving mechanics. In this game, players can plan the perfect heist using creative problem solving, brute force and everything around them.

Players are able to tear down walls with vehicles or explosives to create shortcuts. Players can also stack objects to reach higher, and use the environment to their advantage in the most creative way they can think of.

This latest gameplay video showcases some of the destruction that players can cause in it. And as you will find out, the level of destruction is pretty crazy. Yes, this is a voxel game. However, we haven’t seen this kind of destruction since the Red Faction games. And, to be honest, I’m really excited to see a game in which you can destroy almost everything.

I’ve also included below another gameplay video from YouTube. Contrary to the Twitter video, the YouTube video packs higher quality footage. As such, I strongly suggest watching both of them!