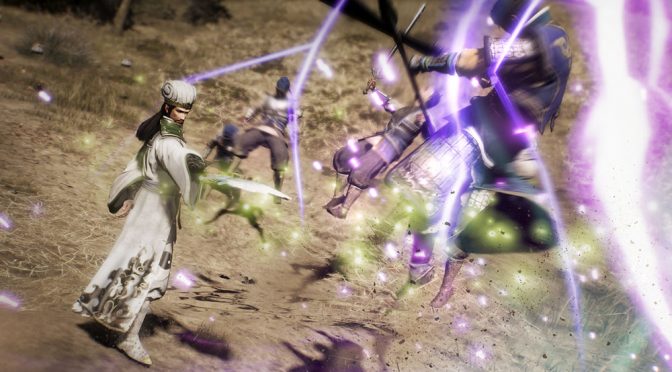 KOEI Tecmo has released some new gameplay trailers for Dynasty Warriors 9. These new trailers highlight some of the game’s characters, such as Xiahou Ba, Xiahou Dun, Xingcai, Zhou Yu and Lu Bu.

Dynasty Warriors 9 will be the first open-world Dynasty Warriors game and aims to deliver the most immersive and ambitious experience to date. The game introduces exhilarating new combat mechanics with the State Combo System. This new system allows players to perform 3 different attack styles – Trigger Attacks, Flow Attacks and Finish Attacks – each dealing progressively more damage and aiming to create a thrilling and fluid experience unlike any previous entry in the franchise.

The game will also feature skirmishes, clashes, special side missions, and larger scale conflicts. These battles range from scouting missions to discover powerful enemy officers, to guerilla actions to subdue messengers and scouts, to outright sabotage on enemy supply troops; success in these combat engagements offer great rewards and have an effect on future battles’ difficulty.

Dynasty Warriors 9 follows the personal struggles and progression of the player’s chosen character through the completion of both key and secondary events.

The story of the Three Kingdoms era is presented in over ten riveting chapters, each reflecting changes in the balance of power. Therefore, each Chapter will take the player a step deeper into the military and political machinations of the era. The game will begin with the Yellow Turban Rebellion and will take players through the ultimate unification of China.