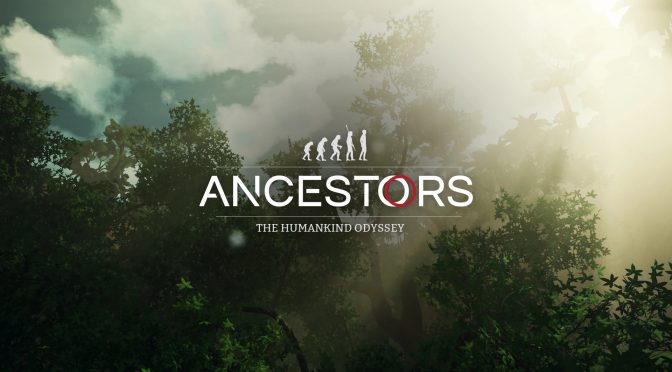 Ancestors: The Humankind Odyssey is the latest game from the creator of Assassin’s Creed. The game uses Unreal Engine 4, has just been released on Epic Games Store, and it’s time to benchmark it and see how it performs on the PC platform. 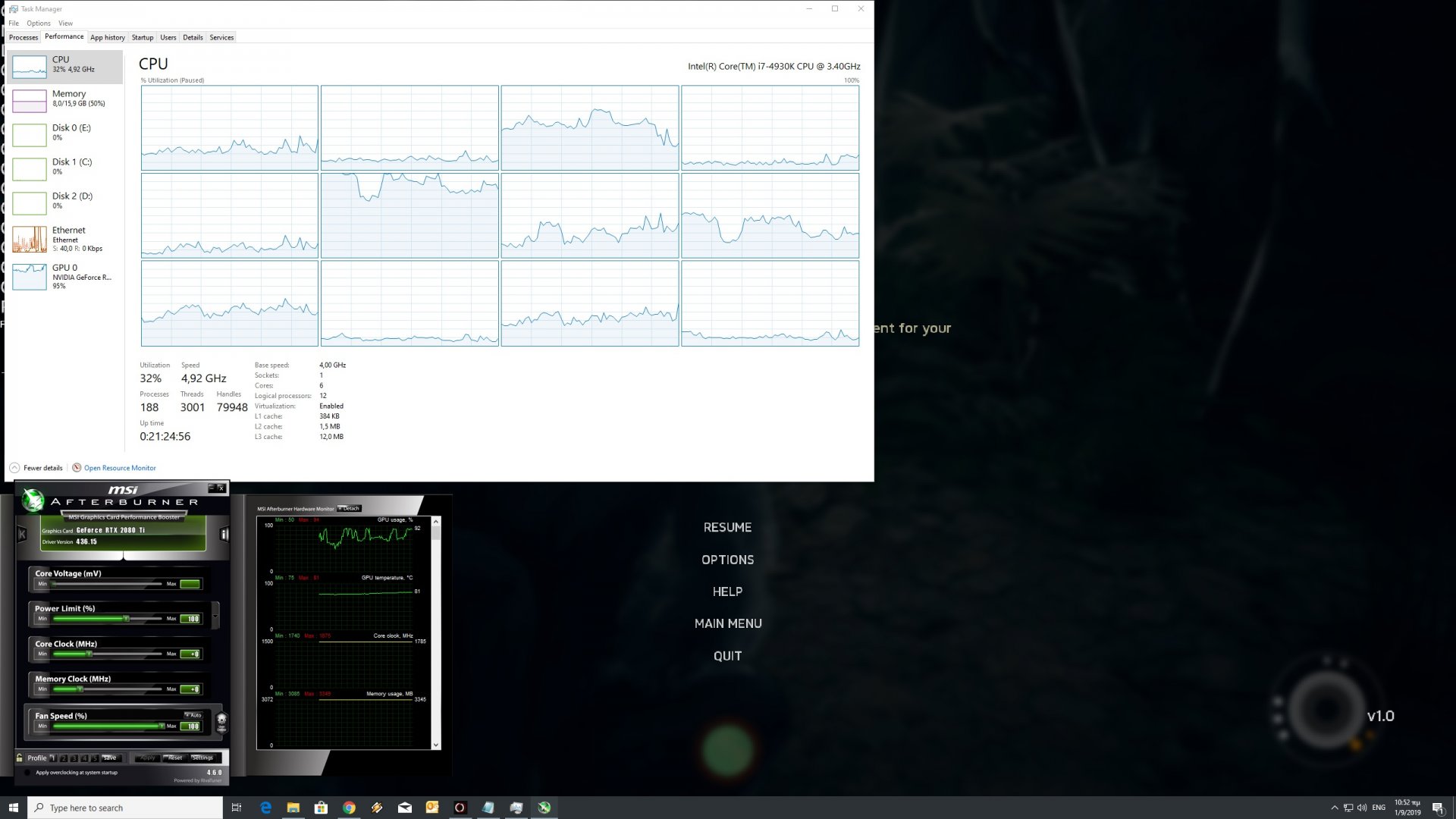 Panache Digital Games has added a few graphics settings to tweak. PC gamers can adjust the quality of View Distance, Visual Effects, Shadows, Textures, Post-Processing and Foliage. The game also supports uncapped framerates. However, there is no FOV slider, and there are some gamepad prompts when using the mouse and keyboard.

In order to find out how the game scales on multiple CPU threads, we simulated a dual-core and a quad-core CPU. The game does not have any in-game benchmark tool. As such, we’ve benchmarked the first monkey clan area. Naturally, for our CPU tests we also dropped our resolution to 1080p. Without Hyper Threading, our simulated dual-core system was able to push a minimum of 67fps and an average of 96fps. However, there were major stuttering issues on this particular system. Once we enabled Hyper Threading, our dual-core was able to run the game with a minimum of 87fps and an average of 103fps. Moreover, there weren’t any stuttering issues. Our hexa-core and quad-core systems had no trouble at all running the game. 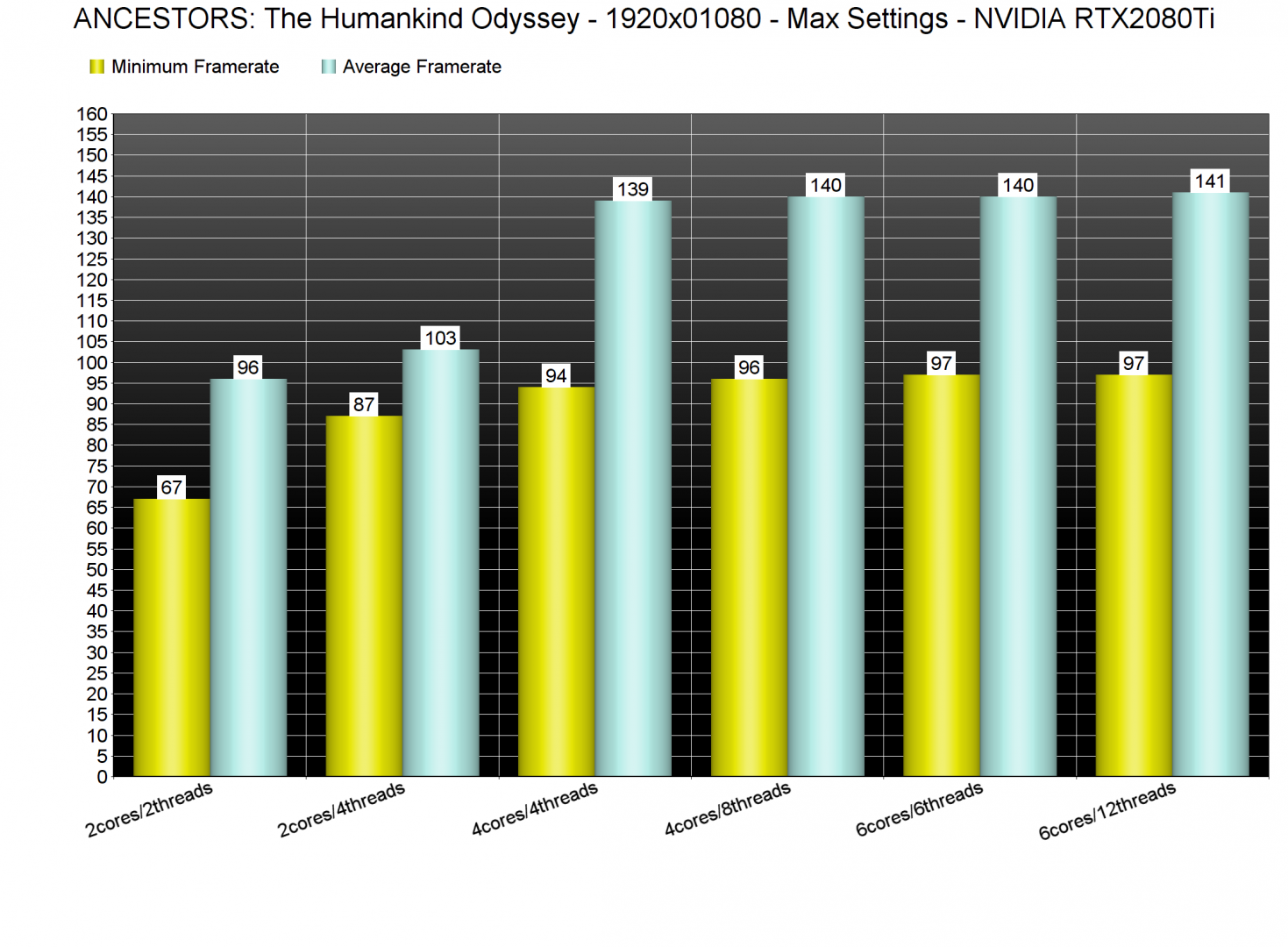 At 1080p/Max settings, our top three GPUs were able to offer a smooth gaming experience. Our AMD Radeon RX580 was also able to hit an average of 63fps, however, there were some drops below 50fps. 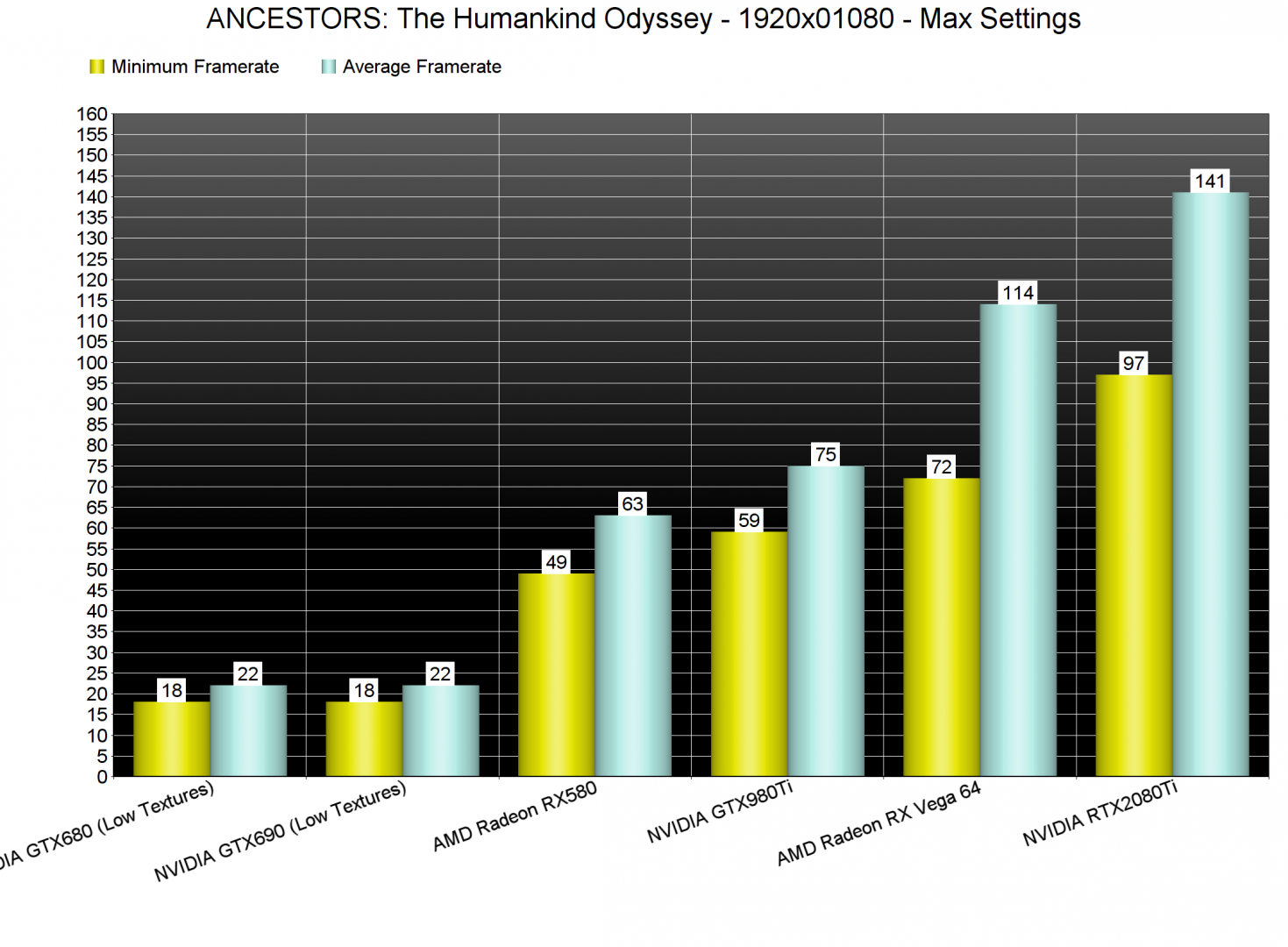 Only our AMD Radeon RX Vega 64 and our NVIDIA RTX2080Ti were able to offer a smooth gaming experience at 2560×1440. As for 4K, our RTX2080Ti struggled to achieve a 60fps experience. While there were some scenes in which we were getting more than 75fps, there were also some GPU-heavy scenes in which our framerate was dropping at 55fps. Still, and since the minimum framerate was 55fps, we can classify it as a smooth gaming experience. 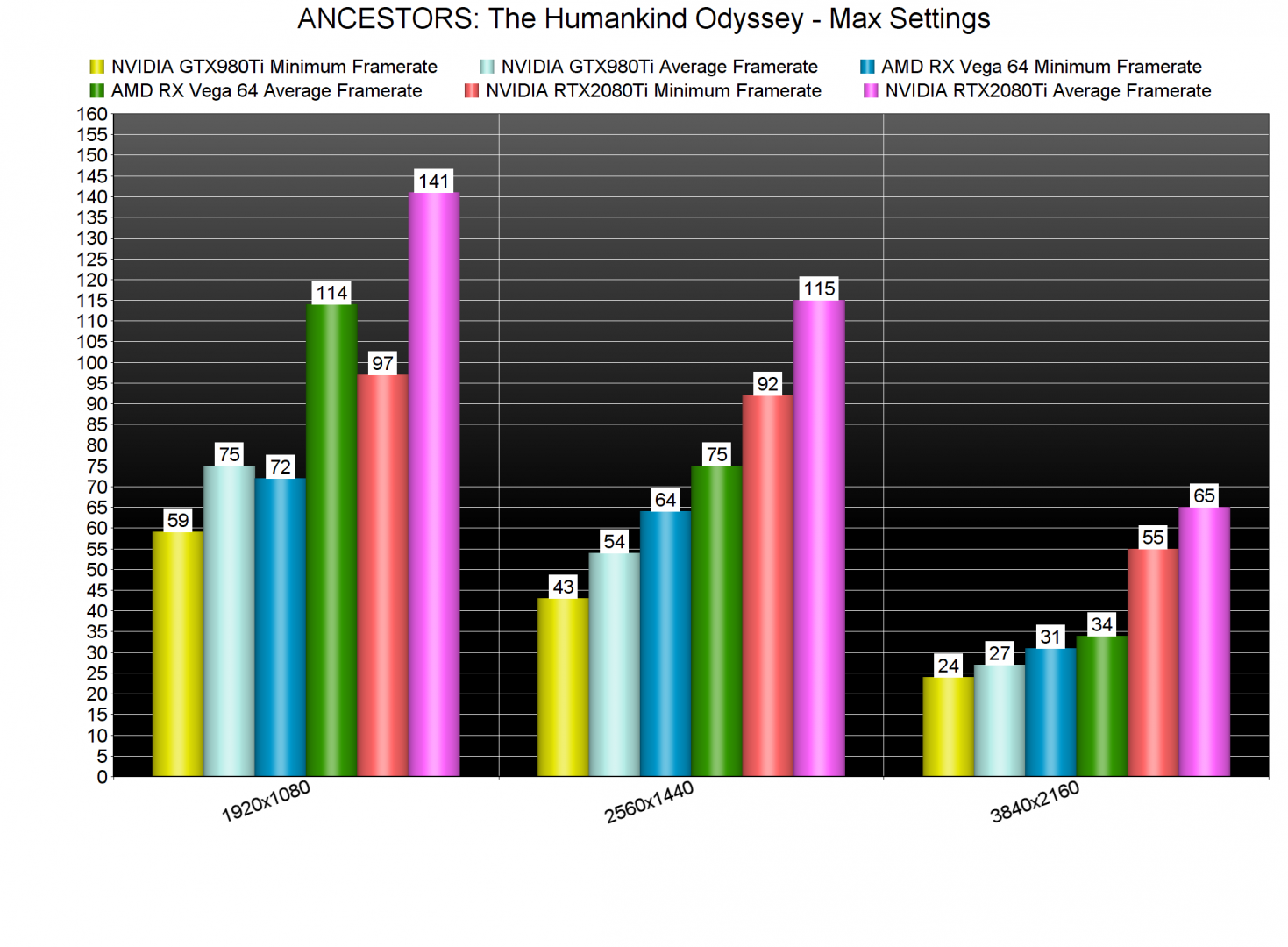 Graphics wise, Ancestors: The Humankind Odyssey is not that impressive. While the game has great textures, its lighting system is really dated. The monkey you are controlling at the beginning of the game also animates a bit weird. Not only that, but the environments also feel a bit old-gen-ish. Ancestors feels more like an cross-gen title we’d be getting in the really early days of Xbox One. Now I know that Panache is a small studio, however, Ancestors will not “wow” you with its visuals.

All in all, Ancestors: The Humankind Odyssey appears to be running smoothly on the PC. However, the game’s visuals are not that impressive. To be honest, and given its visuals, we were expecting this game to be running even better. Still, the good news here is that most GPUs can run it at 1080p/Max settings. Not only that, but Ancestors does not require a high-end CPU. Unfortunately, though, this game is not meant for keyboard+mouse users. There are some gamepad on-screen prompts when using the K&M control scheme. Not only that, but the mouse camera movement sometimes feels a bit weird.