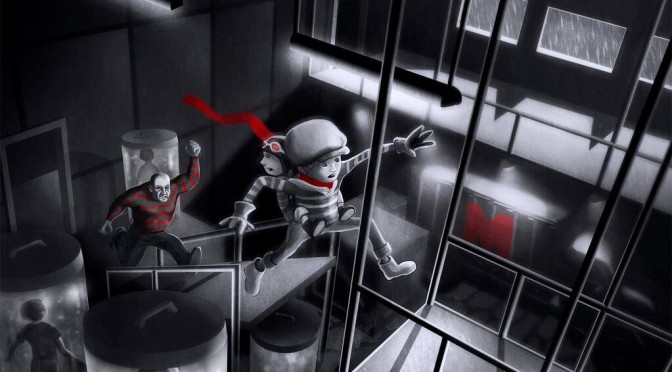 Nowhere Studios launched a new cinematic teaser trailer for its upcoming story driven platform game, Monochroma. Set in an alternate dystopian state during the 1950’s, Monochroma follows the story of a boy and his brother who witness a horrific crime committed by an evil corporation.

Narratively led, with no cut-scenes, text or spoken words, Monochroma aims to offer a deep visual, intellectual and emotional attachment, as the brothers work together to progress past devilishly clever puzzles to save their world from tyranny.Monochroma’s producer Burak Tezate?er emphasizes that the trailer serves as a clue for viewers to unravel the paranoia and foreboding aspects of the story. Spread over four chapters, players will navigate challenging puzzles through multi-storied ghettos, a labyrinth of sewer tunnels, factories and a city sized zeppelin hovering in the sky.

“Monochroma is a game that questions the essence of playing a video game. A game might entertain players, make them feel good about themselves, or even help them socialize; but a good game should also be able to satisfy players emotionally and intellectually, make players think about their lives, society and the system they are living in the same way a good movie or novel does.”