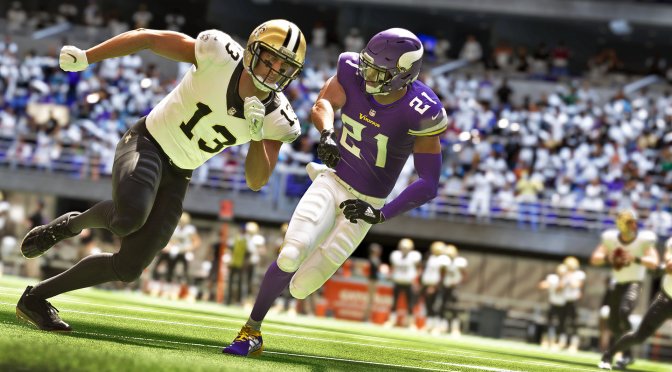 EA Sports has released a brand new gameplay trailer for Madden NFL 21, detailing its key features. This trailer will also showcase the game’s graphics, so I’m certain that most Madden NFL fans will be interested in it. And in case you’re wondering, yes; the PC version will be similar to the current-gen console version.

According to EA, Madden NFL 21 will feature innovative changes designed to deliver authenticity on both sides of the ball. These changes include updated pass-rush mechanics, the new Skill Stick ball-carrier system, and more realistic open-field tackling.

The game will allow players to master innovative running enhancements and live playbooks to run up the score. Moreover, Madden NFL 21 will feature X-Factor 2.0. Thanks to X-Factor 2.0, new X-Factor abilities, fresh out of the lab, are designed to elevate the stars of a new generation in Madden NFL 21.

Now I’m pretty sure that there are some gameplay changes to the game. However, Madden NFL 21 appears similar to its predecessors. In short, don’t expect major differences or improvements. This is something we’ve been witnessing in a lot of sports games this generation. Each and every year, FIFA, NBA 2K, Pro Evolution Soccer and Madden NFL receive very minor updates and enhancements.

In my opinion, the next big step in sports games will happen in 2021, when the “2022” versions of their next-gen versions will come out. Until then, you should obviously temper your expectations.