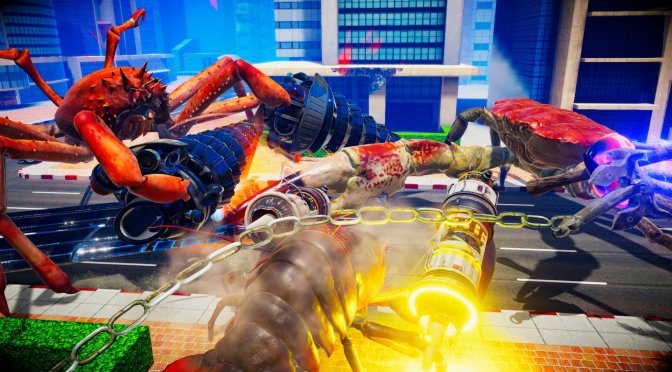 PLAYISM and Calappa Games have released a brand new gameplay trailer for their upcoming physics-based 3D action game, Fight Crab. This trailer looks absolutely hilarious as it showcases players controlling giant crabs that can fight each other enemy crabs.

According to the developers, advanced physics allow for crabs to move powerfully and quickly in this hardcore battle arena. Players can freely control their pincers to use weapons and develop their own fighting style.

Players can take advantage of a wide range of equipment to beat their opponent down. Claws, swords, guns, armor, jet engines, and more will be at your disposal. Furthermore, you can stop your opponent’s blade with your pincers, run along walls, and generally go full-on crab with all your fighting techniques.

The game will feature both Campaign and Multiplayer Modes. The Campaign Mode will come with over 41 battles. On the other hand, its Multiplayer Modes will allow two or four players to fight each other. These 1v1 and 2v2 modes will be available in both offline and online modes.

Fight Crab is coming to Steam on July 30th.