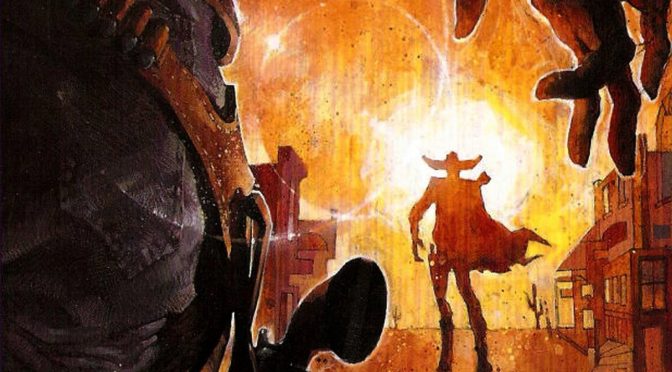 Now here is something really cool that may never see the light of day. KlStudio is currently working on a fan remake of the classic Lucas Arts’ western first-person shooter, Outlaws, in the Chrome Engine 4. This fan remake will be a mod for Call of Juarez Bound in Blood and the team has released its first gameplay footage.

The reason I’m saying that this may never come out is because LucasFilms has already shut down another fan remake for one of its IPs, Apeiron. As such, we are not certain whether this Outlaws Remake will meet the same fate with Apeiron.

The good news here is that this fan remake appears to be using assets from Call of Juarez Bound in Blood, meaning that the team will most likely simply remake the levels. In other words, we are basically looking at custom levels based on Outlaws without using its assets, so I think we can say that this mod is safe… at least for now.

Needless to say that I’d love to see a proper remake of this classic first-person shooter. Hell, I can even settle with this fan remake. Of course remaking Outlaws will be a huge task for the team and I’m not sure whether it has enough staff to actually finish such a mod.

Nevertheless, it’s cool so here is hoping that this first gameplay video won’t also be its last one!