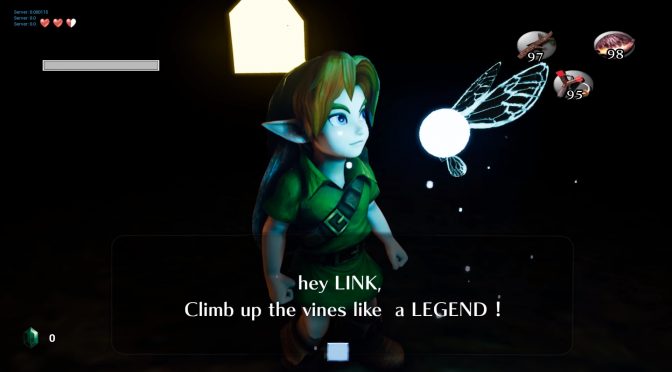 CryZENx has released a new video, showing The Legend of Zelda: Ocarina of Time’s Inside Deku Tree being recreated in Unreal Engine 4. According to CryZENx, this map is still a WIP. As such, there is no link to download it right now.

Hopefully when the map is finished, CryZENx will provide a download link. But anyway, from the looks of it this isn’t just a mere environment recreation.

As we can see, there are enemies to fight, there is bendable vegetation and there is a targeting system. Moreover, there is a first-person mode and Link is able to climb up the vines. In short, it feels more like a mini-game than just a map showcase. And we are pretty sure that this will please a lot of Zelda fans.

CryZENx has shared numerous maps/environments from his Zelda Ocarina of Time Unreal Engine 4 project. Now while it would be awesome to somehow combine them and release them, PC gamers can download these maps individually. The good news is that all the previous recreations are still available for download. As such, we are pretty sure that Nintendo will not take down this new recreation.