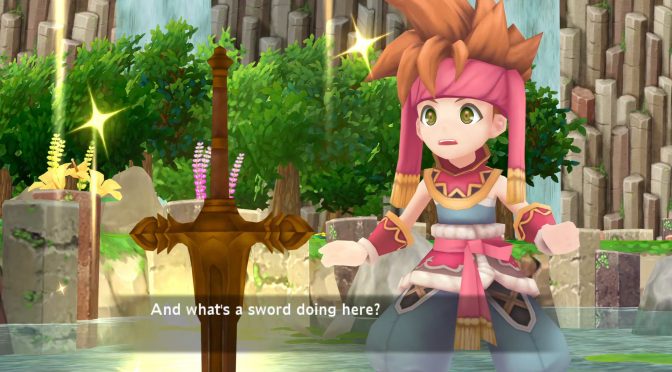 At this year’s PAX West event, Square Enix showcased the 3D remake of Secret of Mana. Thankfully, TwitchTV’s ‘Dungeons & Dragons’ has shared a video, giving us our first look at this upcoming remake that will be released next year.

Secret of Mana tells the story of Randi, Primm and Popoi as they battle a treacherous empire in order to reclaim the power of Mana and bring the world back to order.

What’s really interesting here is that the game features a mini-map with the old SNES sprites. This is an awesome addition, and shows how faithful to the original game this new 3D remake actually is.

Secret of Mana will be coming to the PC on February 15th.