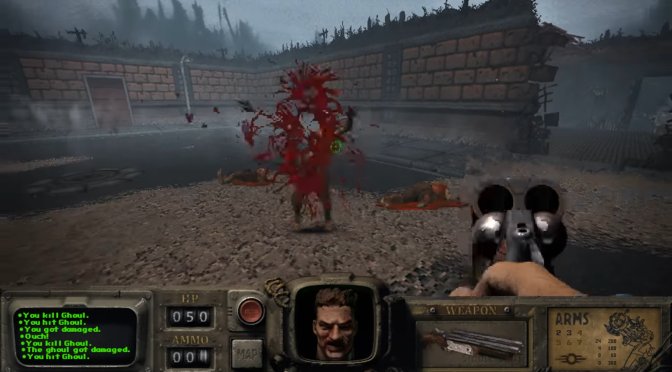 YouTube’s ‘Saur X’ has shared a video, showcasing what the original/classic Fallout game could look like as an FPS/RPG hybrid. In order to create Fallout: Bakersfield, Saur X used the GZDoom Engine, and it looks retro-cool.

For those wondering, there isn’t currently any ETA on when Fallout: Bakersfield will come out. However, this is a real project and since it’s using GZDoom, we might one day get to play it.

What’s really cool here is that Saur X was able to stay close to the art style of the original game. Everything looks great (in a retro way) and the animations are sooooooooooo good and smooth. Seriously, this is top quality.

Again, I’m not certain whether this fan game will ever see the light of day. After all, this appears to be a huge project. I’d like to be proven wrong, but we’ve seen similar projects that were silently abandoned.

But anyway, according to reports, we may hear more about Fallout: Bakersfield on October 23rd. Until then, enjoy the video!