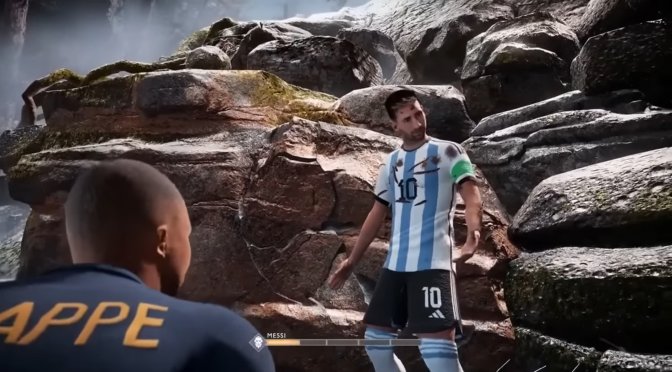 The final match of this year’s World Cup was among the best I’ve seen in the last few years. Both Messi and Mbappe were at their best, with the former scoring three goals and the latter scoring four goals. And, YouTube’s ‘MH AnimationStudio’ shared an incredible parody video of God of War, in which Mbappe and Messi duke it out.

From the looks of it, MH AnimationStudio used the FIFA 23 3D models of Messi and Mbappe. What’s really hilarious, though, is that they have also replaced the Kratos’ axe with a soccer ball. This is easily the best video you’ll see today, so go ahead and take a look at it.

Now imagine a mod that could replace all of the game’s characters with soccer players. Oh boy, now that would be a pretty interesting mod. And in case you are wondering, no. This Mbappe vs Messi Mod is not yet available for download (and I don’t know whether it will ever become available).

God of war Messi VS Mbappe Gameplay / GOW3 Kratos is Back! (God of War PC Mod) mbappe Vs Messi🔥