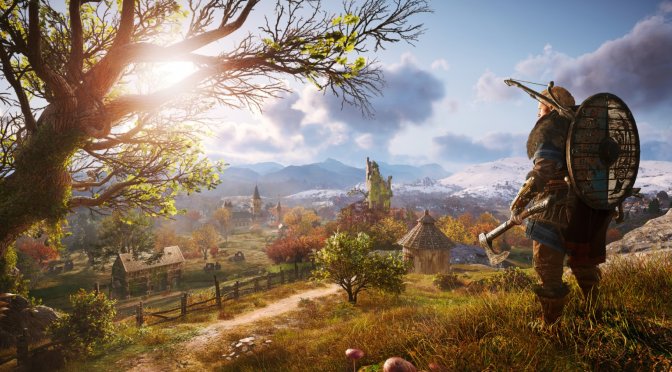 A couple of days ago, we shared 30 minutes of leaked gameplay footage from Assassin’s Creed Valhalla. And today, a brand new gameplay video has been leaked online. This video features higher quality image, and was captured at 60fps. Thus, and contrary to the previous leak, this new one looks much, much better.

Since this is a 60fps gameplay video, I can only assume that we’re watching the PC version of the game. I don’t know whether the graphics settings have been maxed out, however, that’s a bit irrelevant due to the video artifacts. Still, this is a really smooth gameplay video, so make sure to watch it.

We expect Ubisoft to take down this video shortly, so make sure to watch it while you still can. Naturally, we’ll be sure to update the story once – and if – Ubisoft takes it down.

Assassin’s Creed Valhalla is coming to the PC in Holiday 2020. The French company will also reveal more gameplay footage for this title during its Ubisoft Forward 2020 event!