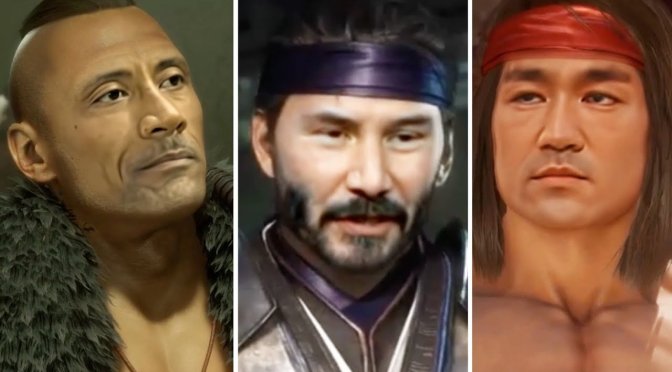 BabyZone has shared two videos that all Mortal Kombat fans must see. The YouTuber has used DeepFake in order to bring a number of celebrities to Mortal Kombat 11. And yes, as the title suggests, Keanue Reeves, Jackie Chan and Bruce Lee are among them.

Going into more details, BabyZone has replaced Kabal with Dwayne The Rock Johnson and Johnny Cage with Jean-Claude Van Damme. These two replacements look cool but they are nowhere close to those for Sub-Zero and Kung Lao. Keanu Reeves is used for Sub-Zero, whereas Jackie Chan is used for Kung Lao. The end result here is incredible and among the best we’ve seen.

Lastly, BabyZone used Bruce Campbell for the Terminator, Bruce Lee for Liu Kang and Joaquin Phoenix for the Joker.

Now in case you’re wondering, this skin pack is not available for download. BabyZone trained his models on DeepFace lab using his own facesets. Furthermore, all footage were post-edited in after effect after training and merging. So yeah, you cannot have these skins in the game.

Still, these are two amazing videos and we strongly suggest watching them!