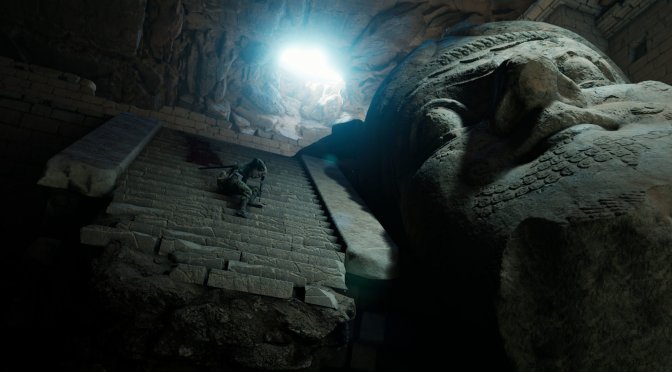 Bandai Namco has released a new video, showcasing 20 minutes of gameplay from The Dark Pictures Anthology: House of Ashes. Furthermore, in this video, game director Will Doyle reveals some developer secrets and inspirations for it.

House of Ashes is the third game in the Dark Pictures Anthology series. In this game, at the close of the Iraq War, Special Forces hunting for weapons of mass destruction unearth something far deadlier – a buried Sumerian temple containing a nest of unearthly creatures. To survive the night below, they must forge a brotherhood with their enemies from the world above.

Moreover, the two critically acclaimed multiplayer modes will be back. Players can share their story online with a friend or aim for safety in numbers through the offline 5-player pass-the-pad mode.