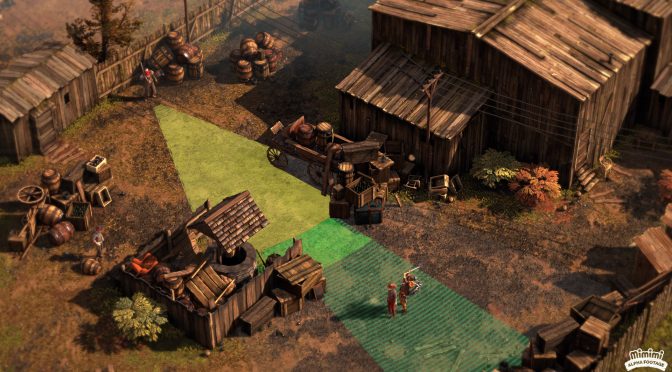 At Gamescom 2019, THQ Nordic presented a new demo for Desperados 3. Thus, RockPaperShotgun has captured a video, showing 20 minutes of gameplay footage from it. This video will give you an idea of what you can expect from this new strategy game.

Desperados 3 is, as you may have guessed, heavily inspired by the previous Desperados games. Therefore, we’re talking about a modern real-time tactics game set in a harsh Wild West scenario. It’s also worth noting that this will be a prequel to the first Desperados game.

The game will allow the player to approach each mission with a wide variety of different solutions and routes. Moreover, players will have to use of both the environment and each Desperado’s unique character skills.

“You take control of a ragtag band becoming a highly functional group of unlikely heroes and heroines. The very different strong personalities struggle to cooperate at first, but ultimately join forces to combine their distinctive specialties and challenge a seemingly superior foe. Hunted by ruthless bandits and corrupt lawmen, the Desperados need to turn the tables with every mission.”

Desperados 3 currently targets a 2019 release. I’ve also included below its key features that were provided by THQ Nordic.