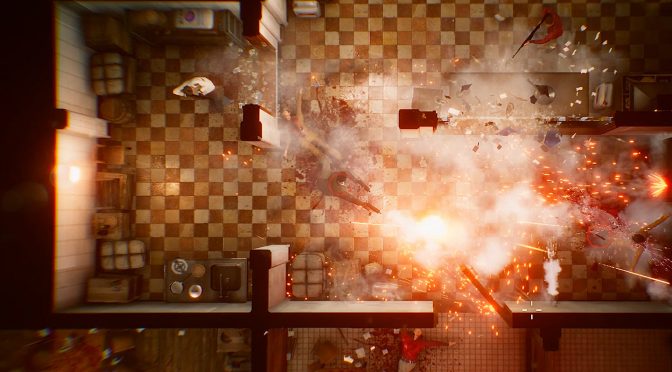 YouTube’s ‘Nokzen’ has shared a video showing 18 minutes of gameplay footage from The Hong Kong Massacre. The Hong Kong Massacre is described as a fast-paced, top-down shooter that is inspired by classic action movies, placing players at the center of a hard-boiled revenge story, filled with brutal, cinematic shootouts and vivid underworld locations.

Players will take on the role of a former police detective bent on exacting vengeance for his partner’s murder and use of a mixture of raw firepower, slow-motion and dive/dodge mechanics to tear your way through the criminal ranks. Basically, think of it as Hotline Miami with a Hong Kong setting that is inspired by some really classic movies.

Each level will feature a range of challenges, allowing players to to unlock new weapons as you progress, trading bullets from restaurants to rooftops across a moody, crime-riddled city. The game will also feature a slow-motion mechanic.

It looks really cool so be sure to watch the following video!