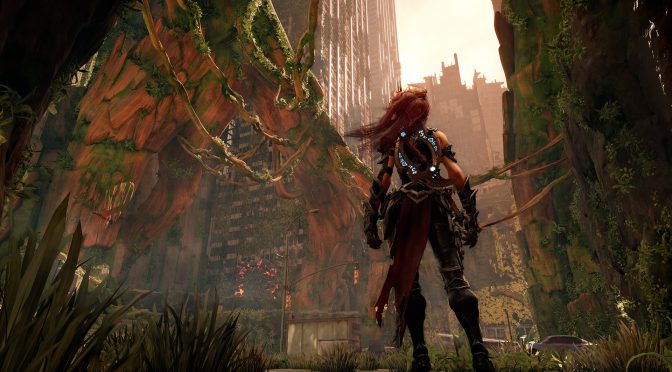 IGN has shared a new video, showing 11 minutes of brand new gameplay footage from Darksiders 3. IGN claimed that this video does not feature any spoilers so you can go ahead and watch it in order to get an idea of Darksiders 3’s current state.

Darksiders 3 is a hack-n-slash third-person action adventure where players assume the role of FURY in her quest to hunt down and dispose of the Seven Deadly Sins. The game will feature expansive post-apocalyptic environments that take the player from the heights of heaven to the depths of hell, dilapidated by war and decay and overrun by nature. This new trailer shows FURY fighting a Lava Brute.

Darksiders 3 will let players explore an open-ended, living, free-form world in which FURY moves back and forth between environments to uncover secrets while advancing the story.

The game is currently planned for a November 27th release.