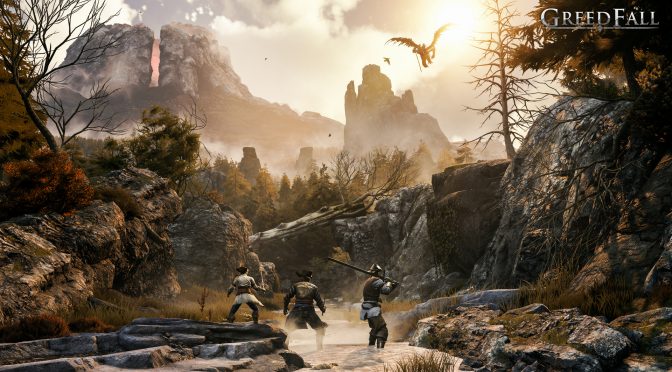 IGN has shared a video, showing 10 minutes of gameplay footage from the E3 2019 build of SPIDERS’ upcoming action RPG, Greedfall. From the looks of it, Greedfall is an evolution of SPIDERS’ previous action RPGs so those that have played them will feel right at home.

In Greedfall, players can progress and succeed in quests through a multitude of paths. Whether utilizing combat, diplomacy or deception, the way players reach their objectives depends on their choices and how they choose to develop their character.

The island of GreedFall is said to be a living, ever-evolving world. Your actions, from seemingly trivial choices to the most important political decisions, will influence its course and, ultimately, shape your story.

Greedfall is currently planned for a September 2019 release.