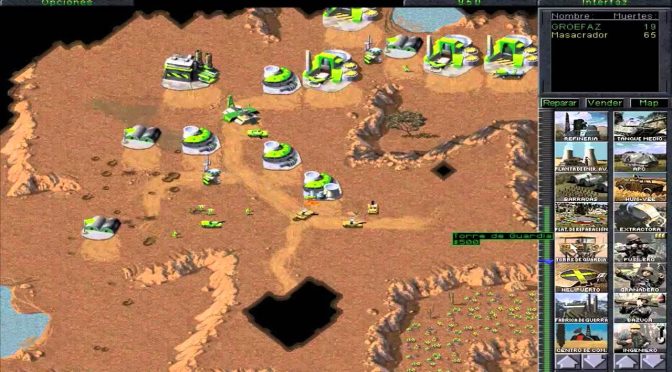 Electronic Arts has released the first gameplay teaser for Command & Conquer Remaster. This teaser video will give you a small idea of the visuals improvements that are coming to the remaster via new sprites and higher quality textures.

The C&C Remaster has been developed in the classic 2D visual style. Thus, the game will stay as authentic as possible to the original games, something that will please all C&C fans out there.

Petroglyph and Lemon Sky are working together on this remaster. According to EA, Lemon Sky has re-concepted, re-modeled, and re-animated every gameplay asset from scratch. Furthermore, Petroglyph has been able to enable the real-time switching of Legacy/Remastered graphics in Campaign missions. This means that players can tap a single key to smoothly toggle between the original assets to the Remastered assets.

Not only that, but players can also use a zoom in feature. As such, players will have the ability to zoom the camera to take in all the high definition detail, with an effective zoom distance between the DOS and C&C Gold camera heights.

There isn’t currently any ETA on when Command & Conquer Remaster will come out. As always, we’ll be sure to keep you posted. Until we have more details about it, you can go ahead and enjoy this teaser video!