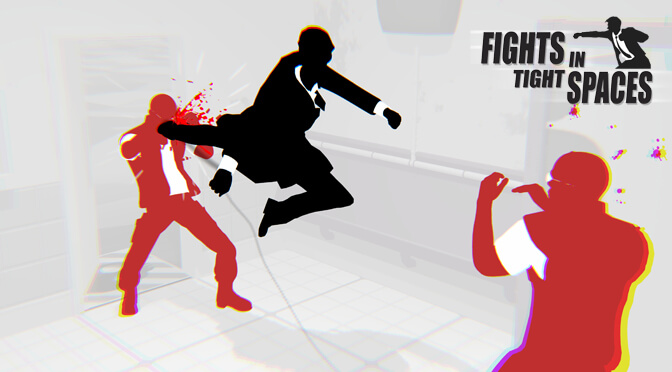 Fights in Tight Spaces is a new title from Ground Shatter and published by Mode 7. The game is now available through Early Access on Steam, and so far it has a very positive rating.

Fights in Tight Spaces blends deck-building, turn-based tactics, and animated fight sequences. Players will have to learn to balance their hand, momentum, and positioning in order to defeat the large number of enemies.

You can choose from over 150 cards to build your deck, giving you a wide variety of different play-styles. You also will encounter random events, acquire enhancements (or injuries), and make important choices regarding how best to upgrade your agent for the fights ahead.

Lastly, Fights in Tight Spaces looks like a mix of SUPERHOT and John Wick Hex. However, the game is still far from finished, and several features will most probably change until the final release.

Below you can watch the Early Access launch trailer for Fights in Tight Spaces.

You can purchase Fights in Tight Spaces on Steam here.