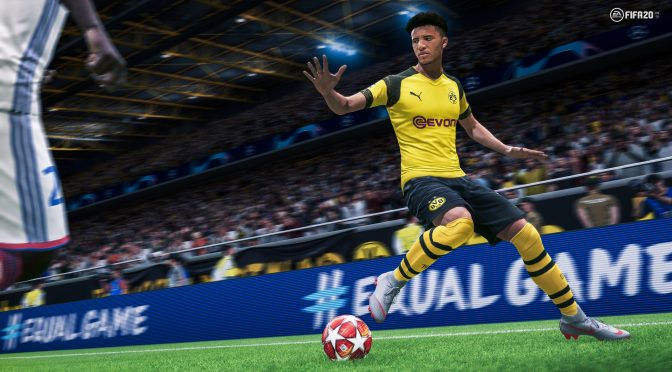 FIFA 20 will be, once again, powered by the Frostbite Engine and is currently scheduled for a September 27th release. It’s also worth noting that the game will introduce a new game mode called VOLTA.

Here are the key features of FIFA 20:

Decisive Moments
Decisive Moments give you more control over the moments that determine the outcome of a match. From Composed Finishing in the final third to Controlled Tackling at the back, along with new Strafe Dribbling and a Set Piece Refresh, you’ll have increased input in the key stages of each game.