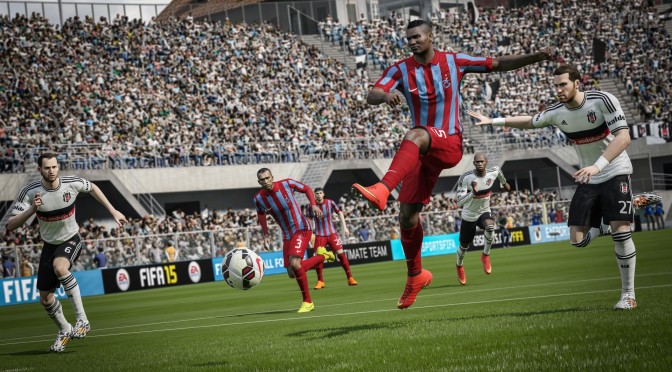 EA Sports has released a new Gamescom 2014 trailer for FIFA 15, showing of its next-gen goalkeepers. According to the team, 50 new save animations have been added to FIFA 15’s goalkeepers. In addition, goalkeepers come with improved AI and new realistic player mode. FIFA 15 comes out September 23rd in NA, Sept 25th in EU, and Sept 26th in the UK.