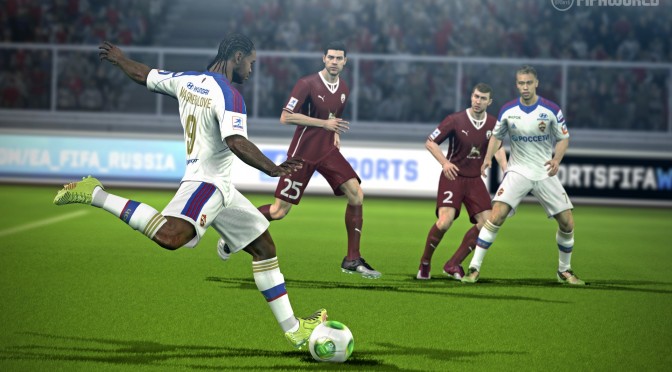 EA Sports has just revealed that its free-to-play soccer PC-only title, FIFA World, will get an engine overhaul. Later this year, EA Sports will roll out a new engine for FIFA World that will update its visuals and will offer new gameplay features.

Not only that, but PC gamers will be able to transfer their items and data from the older – current – engine to the new one without major issues.

In addition, David Rutter revealed that FIFA World open beta had been played by fans from over 180 countries at an average of 500,000 matches per day.

Since being announced at Gamescom 2013, EA SPORTS FIFA World has seen more than 3.5 million registrations from over 180 countries register to play the Beta, with over 45 million total matches played. Based on fan feedback, over 20 major updates have been made to the game, including gamepad and keyboard-only controls, as well as Accomplishments – a new feature that captures compelling storylines from the real world of football as they happen, challenging and rewarding fans to recreate and re-live these defining moments in EA SPORTS FIFA World.

“In FIFA World we have created a live service platform that allows us to fundamentally change the game by adding new features and modes through regular updates, all while keeping fans engaged with dynamic live content that follows the real world of football. After almost a year of working closely with our fans we are very excited for our biggest update yet – a brand new game engine.”