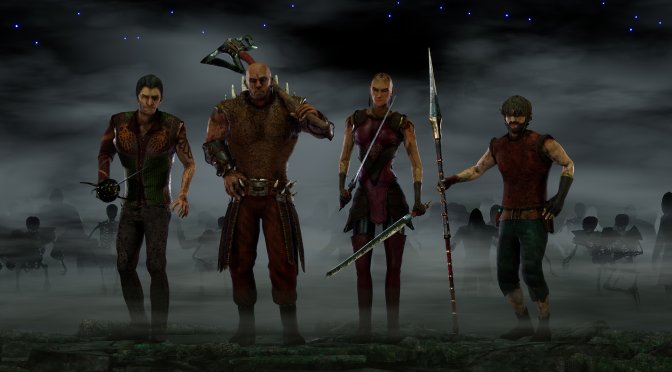 Deadhunters is a cooperative role-playing game by Profondium Games. The studio is based in Budapest, Hungary. Profondium consists of only two developers. They have been working on the game for at least two years. Deadhunters draws inspiration from games such as Diablo and Vermintide, while providing an experience similar to games like Dead Cells and Hand of Fate.

Deadhunters is a cooperative rogueplaying game. Choose your hero, embark on missions and make decisions together. Loot, level up and die again and again in an ever changing world of darkness and despair. Conquer the damned and earn your rightful place in the Guild of Deadhunters!

After several years of abandoned projects and ideas, the two of us decided that it was time to finish a project. With the necessary incentive and some experience with the Unreal Engine we chose to make a game that we would enjoy playing alone or with others. Especially because whenever we decided to play something with our friends it was painstakingly hard to find a game that everyone liked equally. It was time for us to make that very game.

Designing a game is difficult, we believe that coming up with the perfect design is impossible, one can only get closer to it by relentless iteration. This was especially true for Deadhunters. At first the game was called Dead Nights and it had a more humorous tone, but most importantly the players were people from a modern era while the monsters were from a fantasy setting. Besides, there was no melee combat system only guns. We felt that something was amiss and later decided to change the setting to dark fantasy, with “heroes” who work as mercenaries for a guild that hunts down all sorts of damned and evil creatures.

From this point on the game’s design became clearer and clearer. Inspired by the dark mood of the Diablo series and Vermintide we chose to build a gritty and cruel world. As for the characters, we felt that each one of them should have their own backstory and most importantly motivation to join the guild, none of them are ordinary or good people, they all came to the guild with a purpose and want to use it just as much as it wants to use them. Naturally, where the characters shine the most is during their conversations, conflicting ideas from headstrong people often lead to amusing banter.

Another key design point was to make an experience that can be enjoyed over and over, inspired by roguelites such as Dead Cells and Hand of Fate we tried to ensure that the game stays enjoyable in the long run. Therefore, using random generation was an obvious choice. However, we also wanted to create a story that changes with each playthrough and so came the idea to give the players choices that they can make while traversing this dark world and essentially influencing the outcome of their mission. We feel that the possibility to make group decisions gives another aspect to the cooperative play in the game.

We believe that the roguelike elements such as permadeath, exploration and random generation coupled with the roleplaying elements like the choice system, levelling up or looting combine well together into a rogueplaying experience. Spice this up with cooperative play and you get Deadhunters.

The game looks pretty good and I kind of like the “dark mood” surrounding it. Sadly I do not see any blood or gore and the game desperately needs some. Hopefully anything missing, will be added before, the final release. Let’s hope the game will end up being awesome.

Here is the demo trailer of Deadhunters:

Here are also some screenshots from in-game: 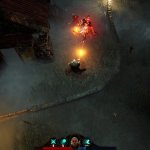 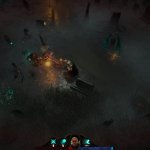 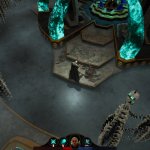 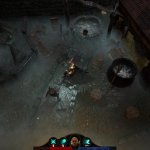 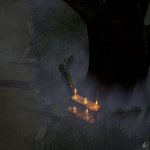 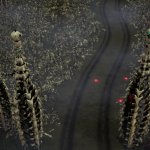 There is no official release date at the moment.