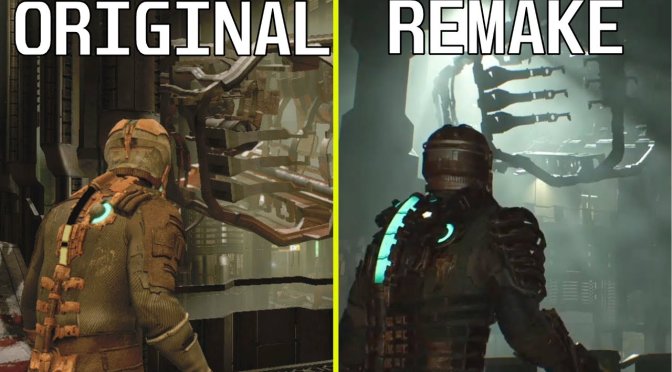 A couple of days ago, EA released a new Audio Developer Livestream for Dead Space Remake. That livestream featured some new WIP gameplay footage from this highly anticipated game. And as such, YouTube’s ‘Cycu1’ shared an early graphics comparison video between this remake and its original version.

As we can see, the remake will have a darker style than the original game. This is mostly due to the new lighting system that it will be using. And, as we’ve reported, Dead Space Remake will be using the Frostbite Engine.

Before closing, we do have to remind you that the Dead Space Remake gameplay is WIP. After all, this remake will come out in early 2023. Thus, it does not reflect the quality of the final version. For all we know, the final game may look better (or worse) than it.