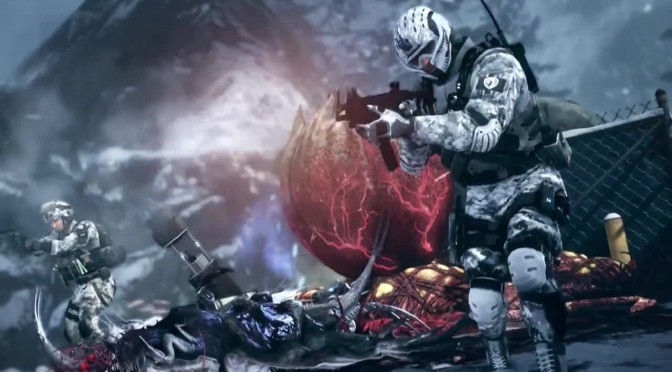 Activision has released a new trailer for the first episode of Call of Duty: Ghosts’ Extinction mode that will be included in the upcoming Onslaught DLC. When the scientists lose control – during the Nightfall Program Operation that has been researching the origins of the “Alien” threat  – a small team of elite soldiers must retrieve the intel, exterminate hordes of hostile creatures, and survive a three-story tall terror unlike anything they’ve faced before. Enjoy!