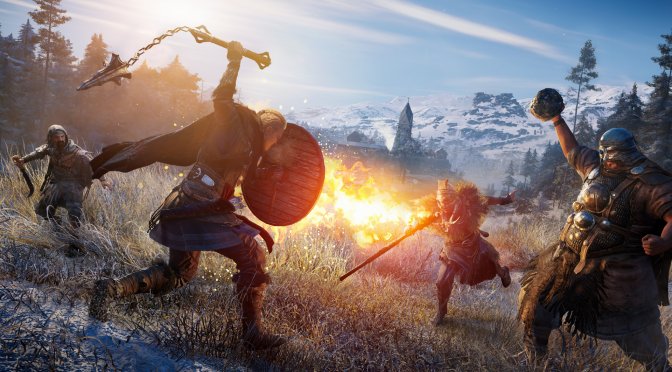 Lastly, the game will allow players to dual-wield powerful weapons. It will also allows you to sail from Norway to England. Additionally, it will allow you to construct and upgrade buildings that allow for deep customization.

Assassin’s Creed Valhalla will release on November 17th. That’s two days prior to the release of Cyberpunk 2077. You can also find the latest direct-feed screenshots for AC: Valhalla here.