Back in January, we informed you about Codemasters’ EGO Engine 4.0 supporting Microsoft’s new API, DirectX 12. And today, Codemasters’ Lozzy confirmed that F1 2015 will receive a DX12 patch in the future. END_OF_DOCUMENT_TOKEN_TO_BE_REPLACED

Following our previous story regarding Just Cause 3, another GDC 2016 session has revealed the DX12 features that have been implemented in Codemasters’ EGO Engine 4.0. According to the session, the engine powering F1 2015 already supports the new DX12 features Raster Ordered Views and Conservative Rasterization.

“Codemasters present a post-mortem on their new rendering engine used for F1 2015 detailing how they balanced the apparently opposing goals optimizing for mainstream processor graphics, high end multi-core and DX12. The F1 2015 engine is Codemasters’ first to target the eighth generation of consoles and PC’s with a new engine architecture designed from scratch to distribute the games workload across many cores making it a great candidate for DX12 and utilise the processing power of high end PC’s. This session will show the enhanced the visuals created using a threaded CPU based particle system without increased the GPU demands and also cover the changes made to the engine while moving from DX11 to DX12. We will also discuss the graphics effects added using the new DX12 features Raster Ordered Views (AVSM and Decal Blending) and Conservative Rasterization (Voxel based ray tracing) adding even greater realism to the F1 world.”

What’s really interesting here is that F1 2015 does not support DX12. Whether we’ll be getting a DX12 patch or not remains a mystery. Our guess is that Codemasters has been experimenting with this API these past months and was able to implement some features to its latest version of the EGO Engine.

In other words, we expect the next game powered by the EGO Engine 4.0 to support DX12. Do note that DiRT Rally is powered by EGO Engine 3.0, so don’t expect a DX12 patch for this title.

The description of this session concludes that the takeaway is an insight “into the main architectural changes needed to move successfully to DX12 and realise a performance benefit together with an understanding of some of the new effects possible with feature level 12 capable hardware.” 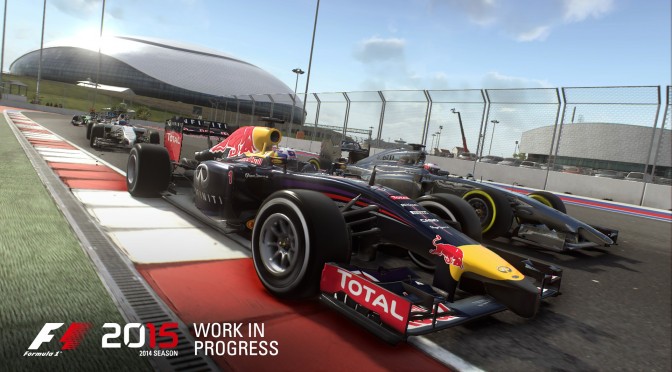 Codemasters has released a new update for the PC version of F1 2015. According to its changelog, this new update further improves the game’s stability and fixes the game timer that was running too fast during frame spikes. This update will be auto-downloaded from Steam, and you can view its complete changelog below. END_OF_DOCUMENT_TOKEN_TO_BE_REPLACED 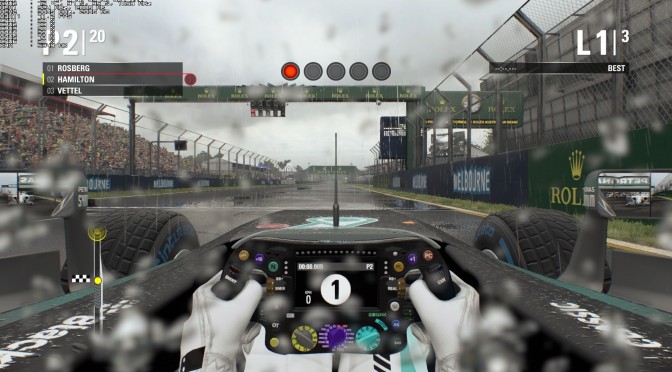 F1 2015 is the current-gen only F1 racing game that Codemasters has been working on these past few months. Green Man Gaming was kind enough to provide us with a key, so it’s time now to see how this game performs on the PC platform. END_OF_DOCUMENT_TOKEN_TO_BE_REPLACED

F1 2015 and a number of users have reported various performance issues. We can confirm that SLI support is missing (though for that we have to blame NVIDIA and not Codemasters), however we have not experienced any inconsistent performance, controller issues or resolutions reverting back to 1024×768 or 800×600. Oh, and in case you’re wondering then no; F1 2015 is not as broken as Batman: Arkham Knight. END_OF_DOCUMENT_TOKEN_TO_BE_REPLACED

GreenManGaming was kind enough to provide us with a key for F1 2015, and below you can view some comparison screenshots between the game’s Low and Ultra settings. As we can see, there are noticeable differences between these two presets. On Low settings we have lower quality shadows, reflections, LODs, textures and missing effects (like grass sprites, ambient occlusion, anamorphic lens flares and helmet rain drops). Low images are on the left whereas Ultra images are on the right. END_OF_DOCUMENT_TOKEN_TO_BE_REPLACED

Codemasters has released the launch trailer for F1 2015. F1 2015 is currently available in Europe and GreenManGaming has provided us with a key for our PC Performance Analysis purposes. Naturally, expect and a “Low vs Ultra” comparison in the next couple of hours. END_OF_DOCUMENT_TOKEN_TO_BE_REPLACED 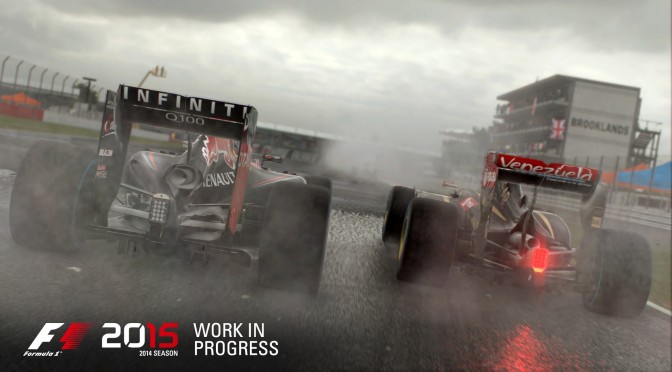 A couple of hours ago, we informed you about the PC requirements of F1 2015. And now, we present you the first PC gameplay footage from this upcoming F1 racing game. Captured by FamilyGamerTV, these two videos show Spa in rain and Silverstone in sunny day. END_OF_DOCUMENT_TOKEN_TO_BE_REPLACED

F1 2015 releases in a couple of days and Codemasters unveiled the game’s official PC requirements via its Steam page. According to the specs, PC gamers will need at least a quad-core CPU, a DX11 GPU and a 64bit operating system. In addition, 20GB of free hard-disk space is required in order to install the game. You can view the full PC specs below. END_OF_DOCUMENT_TOKEN_TO_BE_REPLACED