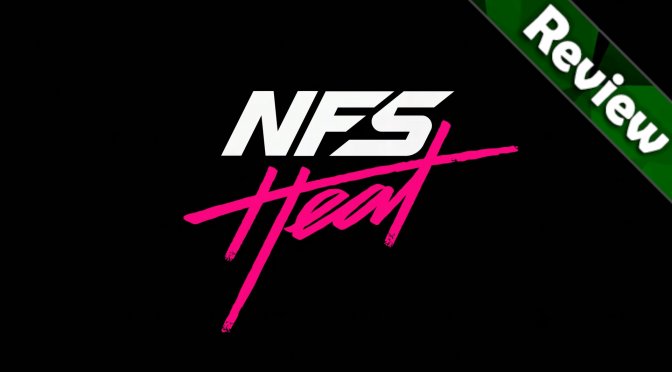 I was one of the idiots that actually bought Need for Speed 2015. It was only because so many reviews I read or watched failed to mention most of this game’s very serious problems. So when the first post-release sale came around, I had no idea that I was willingly spending my hard-earned cash on an irrecoverable train wreck congealed into a game. Turns out it was not just the worst racing game I ever played: it was perhaps one of the worst games I owned.

Perhaps my profound disgust might’ve been aggravated a little by sentiment since I have been playing this series before I was even a teenager. Still, I think we can all agree that it was impossible to look past the spectacular mess that Electronic Arts had made with their once great franchise. NFS 2015 was so bug-ridden, so hopelessly off the mark from what it was supposed to be, that I outright refused to play  NFS Payback. A wise choice as it turns out. 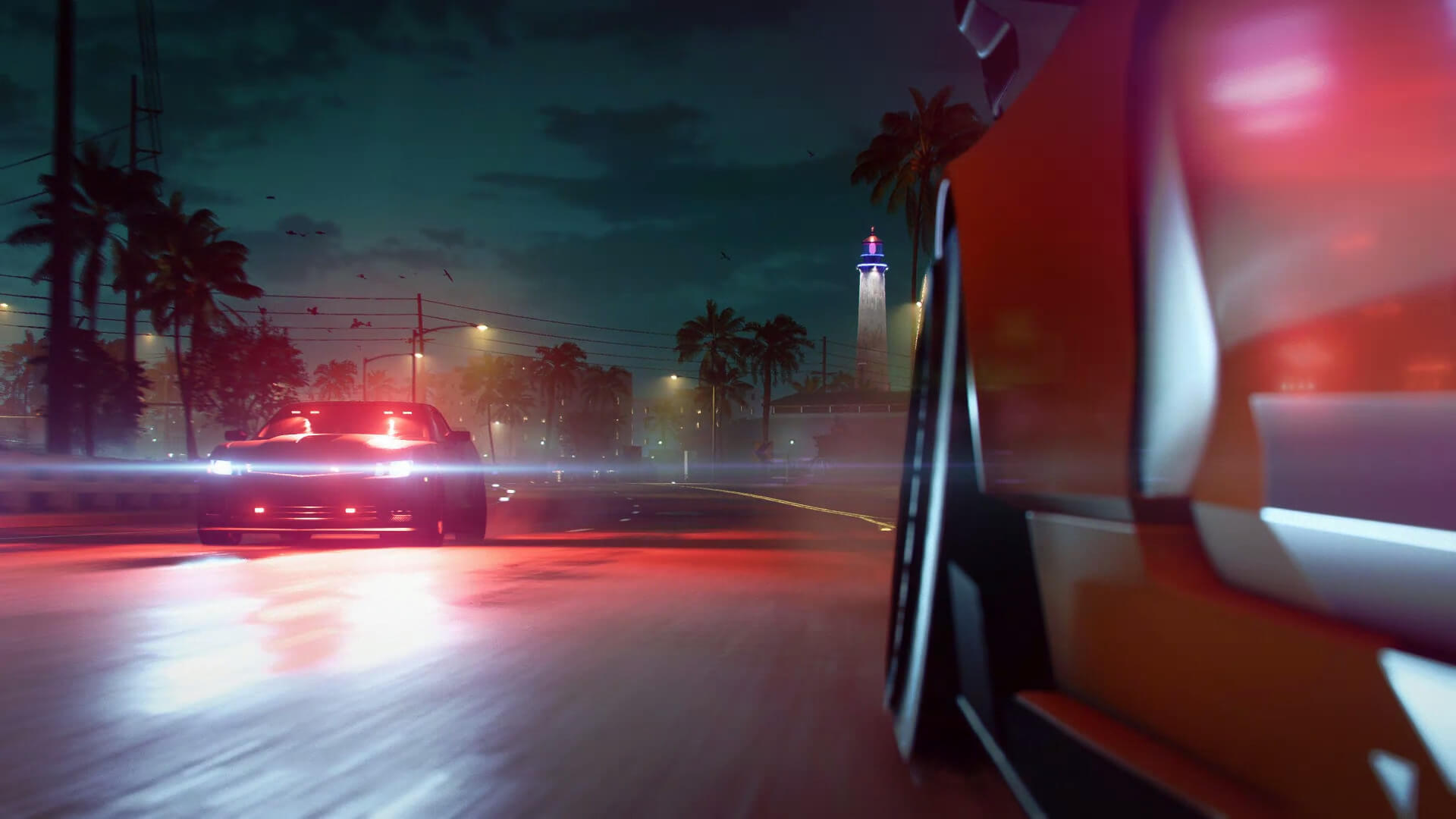 Now comes Need For Speed Heat as a last chance for Ghost Games to prove they can breathe life into a series that has been driving on fumes for too long. Like other franchises trying to make a comeback, Heat is a conscientious return to form and makes an attempt to honour the golden age of tuner culture last seen in Underground/Most Wanted. Has it been successful? Yes… and no.

A Race To Save The Franchise

The Need For Speed franchise is in a really weird place at the moment. Since its first entry in 1994, this series has repeatedly set the bar for how a modern arcade racing game should play, look and feel. In game after game, EA consistently struck a perfect balance between making racing games that looked gorgeous enough to feel realistic, yet the driving physics never failed to offer players that addictive rush of raw speed.

The problem is that developers such as Criterion, Codemasters and Turn 10 had been paying close attention to the constituents of this golden formula. It wasn’t long before they not only perfected some of NFS’s original mechanics, but actually made it their own within their respective games.

Furthermore, it didn’t exactly help that every new release in the NFS series seemed to be more lackluster and misguided than the last since Ghost Games took on the mantle in 2013. Where NFS once held the throne, this well-beloved arcade veteran found itself being outrun by its competition, and with too many disappointments in the portfolio to sell games based only on fans’ nostalgia.

Thankfully, this must have been the wake-up call that both EA and Ghost Games needed for a last chance at a NFS renaissance. For all its flaws (which I will get into), you can tell that Need For Speed: Heat is the product of paying attention to past mistakes, and a game that makes an honest attempt to please and appease fans.

With Need For Speed Heat Ghost Games have wisely decided to go back to the drawing board and focus on the most important aspect of what defined these games in the past. Not the cars, not the driving physics, and definitely not the story. Instead, they started with the one thing that ties all these building blocks together: The game’s setting.

Heat takes place in a tropical city located somewhere on America’s southeast seaboard, which they named Palm City. Hilarious nomenclature aside, a city close to the tropics is a great locale for hosting a racing game. Just like Paul Walker (R.I.P.) and Vin Diesel, the player will get a chance to blaze down the sun-scorched, palm-lined streets in custom tuner specials or thundering muscle cars. It is a setting that somehow just makes your foot trigger-happy on the gas pedal.

Given the location, it is to be expected that the game is equally capable of replacing bright, blue skies with torrential downpours which can actually give the world a totally unique look. Whereas NFS 2015 was so rain-soaked it was almost depressing, Heat boasts a pleasantly dynamic weather system and time of day cycle that actually feels natural to the game’s location.

The day-night cycle of this tropical racing paradise has a function too. If you’re into Dexter, Bad Boys, or just turned on any television in the 80’s, you must be aware of how the cops in Miami are the ultimate badasses of the American police force. You therefore have an idea what the player is thrown into with races taking place right in the middle of their jurisdiction.

Enter lieutenant Mercer and his band of interceptors who have taken it upon themselves to stop anything with rims and a spoiler dead in its tracks. Fortunately, they are willing to turn a blind eye towards the legit, daytime races with safety barriers and closed streets. It is within these events that the player earns the big money.

At night, however, the streets turn into a underground racing haven where drivers have the opportunity to earn rep and (you guessed it) unlock all sorts of goodies, cars and upgrades for you to spend said cash on. Except now, the Five-0 will be utterly relentless in hunting your speeding arse down, and the player has to employ some swift driving to shake the black cruisers with flashing lights.

As such, the police chases play a much bigger role in Heat as opposed to the last couple of games, and the cops won’t hesitate to smash up your getaway vehicle to bits. Every car in the game accordingly has a set amount of damage that it can endure before being rendered immobile, at which point the player is treated to a big, red BUSTED cut scene. What makes this prospect particularly harrowing is how all that rep you earned over the last hour disappears like a fart in a hurricane upon being caught.

Unfortunately I have misgivings about the police AI in this game because their acceleration is close to being ungodly, and their cars must certainly be made from Vibranium. Making the challenge even more unfair is the fact that Heat never really clarifies how you are supposed to shake them, which is why my little starter Nissan rarely stood a chance against The Boys in Blue during the early stages of the game.

Sorry folks, Hot Pursuit 2 and the original Most Wanted still hold the crown because police encounters in Heat yet again end up feeling more annoying than exciting. The prospect of loosing your rep does add to the tension of chases, but the lack of any ability to fight back properly meant that I was happiest to avoid running into the Law altogether.

My way or the highway

As for the actual racing itself, well, Heat sometimes ends up as a mixed bag due to how Mr Frostbite handles vehicular driving physics. Despite Ghost Games doing what they can, this first-person shooter engine still feels like it simply was not built with racing games in mind, and that you are playing on something that was jury-rigged to work.

Like all Need for Speed games that have been forced onto Frostbite, cars do occasionally feel a bit strange with regards to how they stick to the road. Everything from Beemers to a turbo-charged Corvette can succumb to a somewhat jerky sense of handling on the tarmac when the game’s physics become too much.

Still, the circuit races, the sprints, the tight time trials, and even the drifting offer great auto sport, and it was mostly fun to get behind the wheel. The developers have designed Heat’s world with wide, open tracks that invite the player to gain as much speed as possible, yet the controls are responsive enough to maneuver around those unexpected sharp turns. Even if the cars feel a bit weird in certain moments, the racing works and it is a solid experience.

The middle of the road

Heat is not exactly a huge graphical upgrade from, say, NFS 2015, or even Payback, and I felt that game should have been pushing slightly higher frame rates for what was on my screen. Yet, this is still a good looking car game no matter which way you slice it. The whole world is delightfully reactive to rain, and superb lighting adds up to some beautiful shadows and reflections, particularly at sunset.

On that note, I was looking forward to the awesome vehicle customisation suite making a return, and getting back into it was like greeting an old friend. This system still lacks the freedom and scope of older entries, but it is basically impossible not to put together a bitchin’ ride. The option to download vehicle wraps from the other players in the community is another big win here, and once again I was blown away by the creativity of some players.

Unfortunately, the music selection is still one area that Ghost Games hasn’t quite yet recovered for the franchise. While catchy reggaeton and hip-hop tracks keep things going during chilled moments of gameplay, the racing lacks that ‘head-banging’ factor that kicks in the player’s adrenaline. Heat would have benefited greatly from a healthy injection of music with a bit more potency.

The return of Need For Speed?

Given that Need For Speed Heat finds itself at the end of a fifteen-year-old legacy, it is really difficult to review this game in isolation. From a purely objective perspective, this was most of what I could want from flashy, fast-paced arcade racer in a market that was suspiciously anemic this year. This game has been built on top of tried and trusted themes in its genre, and it makes good use of its foundations.

On the other, Heat plays it too safe at times in its effort to appease fans (and probably EA’s stockholders). While I understand that Ghost Games could all but afford another flop, their almost palpable fear of taking even the smallest chance makes the overall gameplay drift into formulaic territory. A good racing game, yes, but it feels like too many others I have played, and I reckon Heat will have no chance standing out in public memory.

At the end of the day, Heat definitely represents the right direction for a modern Need for Speed title, even if the game lacks a sense of identity. If anything, its very existence feels like a small victory. Despite throwing all the weight of their corporate greed behind Need for Speed by besmirching these games with over-monetisation, Heat stands as a warning to EA that players will always rather spend on that classic, nostalgic racing experience.