Let’s get one thing straight from the beginning. Ladies and gentlemen, here is our GOTY 2011 (well… at least so far). Deus Ex: Human Revolution is exactly what all Deus Ex fans have been waiting for. It provides you with the ability to complete every single mission the way you want to. It features a classic inventory system, has lots of augmentations and Easter eggs and its level design is by far the best we’ve seen so far. Is it perfect? Of course not but this doesn’t mean anything as you will agree with us when you get the chance to play it; this is the GOTY 2011.

Players take the role of Adam Jensen, an ex-cop that is hired by David Sarif. Sarif Industries is a company that specializes on human augmentations and are on the verge of an evolutionary leap when suddenly all hell breaks loose, and Adam gets pwned. And he loses his chick. Damn it, Adam is really a weakling without his augmentations.

Now I have to be honest, there were some questions that were left unanswered about Adam’s origin. Those of you who haven’t played the game yet should avoid this paragraph as it’s full of spoilers. During the course of the game, we find out that Adam is special and possesses the best DNA sample. In addition, during a side-quest we are told that Adam Jensen should be a 10 years-old  boy and not an adult. Well, those questions were left untouched, and we couldn’t find any answer to them. We can assume that Adam was a test subject when he was a baby but what about his age? It would be interesting to know, and I don’t think that the old-lady was lying or something. She was right about everything else so forgive me for not believing that she was telling an imaginary story about Jensen’s age. If you found the answer in a terminal, be sure to share it with us. 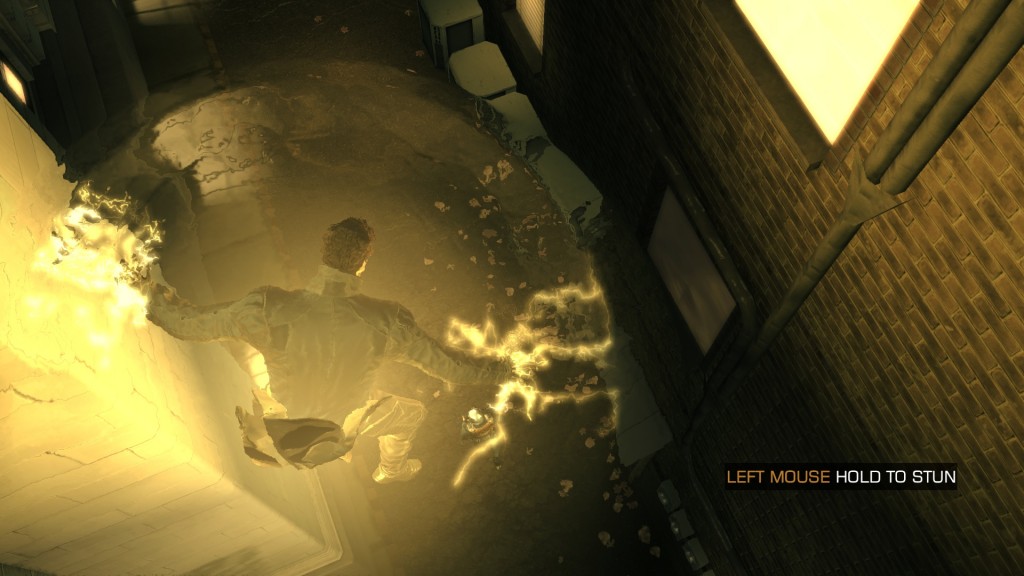 Technically speaking, the game is okay. On one hand, the graphics are average and on the other, the audio and music are superb. PC version supports DX11 and tessellation that is mostly used on the characters, giving them a more ‘rounding/oval’ look.  Those with DX10 cards won’t be able to run the DX11 and will have to fall back to the DX9 API. This will result to lower-res shadows and a low-quality AA method. We tried to force higher settings via registry but were unsuccessful. PC gamers will also be able to adjust FOV and alt+tab, whereas every gamer – console or PC – can deactivate the annoying highlight of the environmental objects. The biggest gripe we had with Human Revolution though was its pre-baked lighting. We are in 2011, and we’d expect dynamic lighting. Thank God that the artist did an amazing job and the world of the game will immerse you due to its unique artistic style. In addition, we’d expect even better textures – we don’t buy Nixxes Software’s statements that they used higher-quality textures – and better facial animations. Generally speaking, Human Evolution’s engine doesn’t offer – technically speaking – anything worth writing home about. However, its artistic style makes up for the lack of technical features and its various limitations.

These artistic levels are enhanced by Michael McCann’s soundtrack. In fact, all of game’s levels would not be as atmospheric as they are if there wasn’t McCann’s ambient and top-quality music. If you were also a fan of the original Deus Ex soundtrack, get ready for some amazing Easter eggs. Elias Toufexis did a great job, as pretty much every other voice actor. Oh and you already know who that man is in the intro, right? His voice can’t be forgotten. It’s him. All environmental and special sound effects are of high- quality, but we really have to say it for one more time; McCann’s soundtrack is mesmerizing. 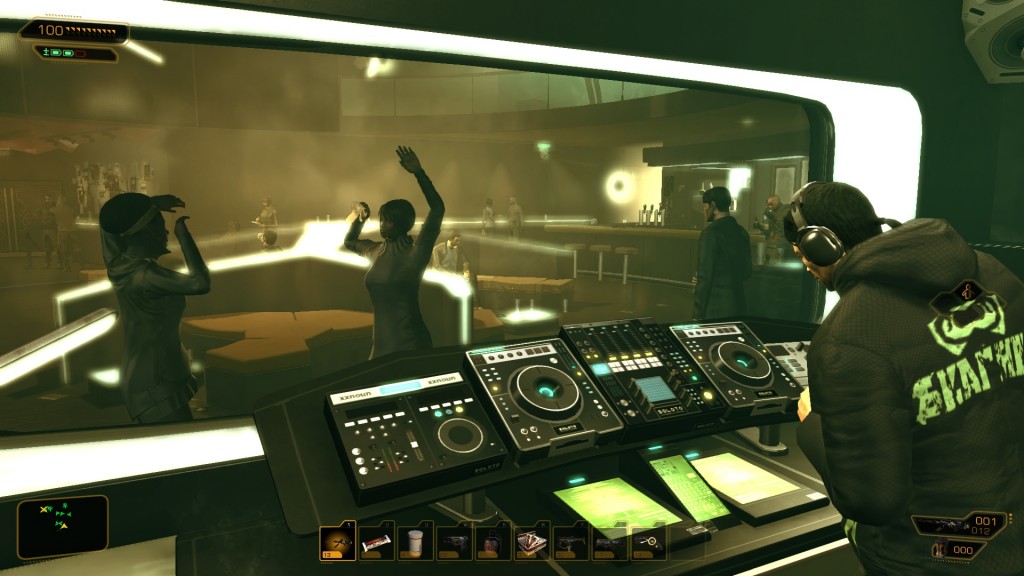 At this point, we really need to mention what we did not like in Human Revolution. For starters, LIMBS are not scattered as good as you’d expect. Be warned that after defeating a boss or completing a mission, you can still explore the cities so be sure to re-supply before leaving or completing a goal from the main story. We’d love to see better destructibility and interactivity. We’d also expect to see more cities as during half of the game’s length, you’ll be visiting only two; Detroit and Heng-Sha. And last but not least, why on earth did EIDOS include those boss fights? Sure they wanted to offer some special moments, but they are simply out of place. It would have been so much better if there was a conversation system during which you could convince them to leave you or if you could by-pass them with a stealthy way. Or even kill them with a stealthy way before encountering them. Seriously dear EIDOS, you could do so much more with those boss fights.

So, if you can overlook those issues, you will be rewarded with an extraordinary experience. As we mentioned, the game’s level design is exceptional. And it’s that level design that distinguishes Human Revolution from all other games out there. For example, when you are tasked to enter the police station, you have lots of choices in how to complete it. Are you a stealth guy? Find a passage from the roof and use your stealth cloak abilities. Are you a hacker? Hack every door and terminal, disable cameras, avoid being detected and complete your objective. Can you persuade others to let you pass? Go ahead and do it as things will get easier for you. Do you want to kill everyone? You can definitely do that too. Human Revolution offers choice and freedom, two things that we’ve really missed from all other games and reminds us some of the reasons we loved the first Deus Ex. It’s simply a masterpiece, and every developer should take note. EIDOS Montreal nailed it!

This freedom extends also to your character’s development. Adam can be anyone you want to and most importantly, the game-play is affected by Adam’s character. For example, you can select some augs to fall from rooftops without being hurt. Now combine that with the ability to jump without making notice and the cloak ability, and you can access unnoticed lots of different places that were previously inaccessible. Oh, and you can complete missions two with this combo so it’s not just to show off how cool Adam is. 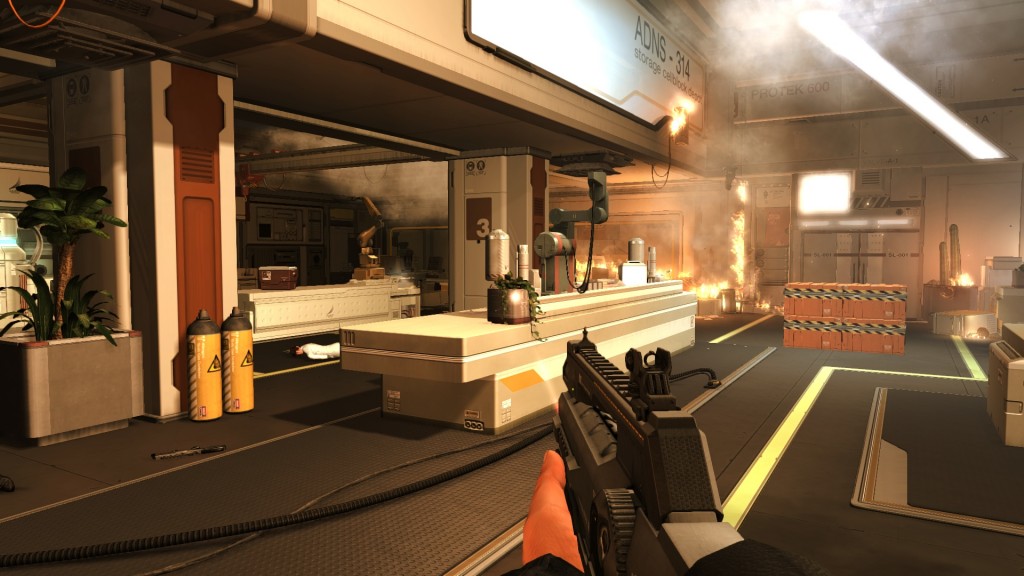 A lot of gamers criticized the developers for choosing a third-person covering system. Well, let us tell you that they chose wisely as this view lets you investigate easier the levels, without being detected. This basically means that you can plan more efficient how you will approach various goals or enemies. Sure some action fans will argue with us but those who chose to move silently and stealthy will really appreciate this third-person perspective.

AI, on the other hand, is truly great. Touch while being cloaked and they will get suspicious. Do some noise in a near room, and they’ll come to investigate it. Jump behind them – without a particular aug – and they will notice you. Knock an enemy unconscious and his teammates will try to wake him up. Fight with them and they will try to hit the alarm and hide behind cover. And although the enemies are not as “smart” as those in FEAR or Crysis, they are challenging enough.

There are a lot of other things that can be written about Human Revolution. Like how much it respects its predecessor (and we are talking about the first Deus Ex, not Invisible War), the clever addition of some conversations that can alter the course of various secondary things and the Easter eggs – and let us tell that you’ll find a lot of Easter eggs. Or how about the great hacking system, the response control scheme, the ability to play some basketball and don’t you dare to press ESC during the game’s end credits. And did you know that you can actually save the hostages in the very first mission? I didn’t so that pretty much shows how different Human Revolution can be in your playthroughs. 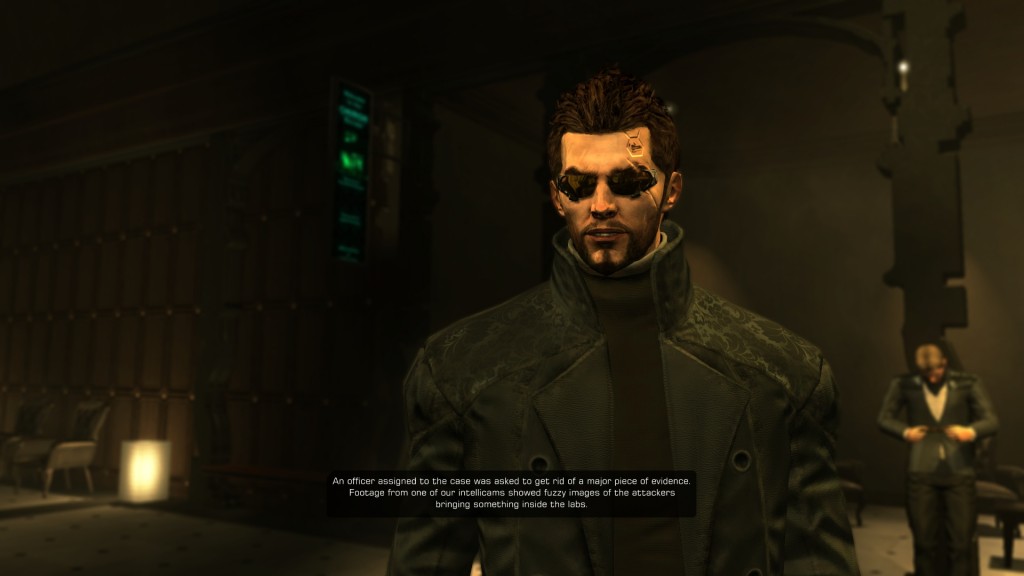 As I’m ending this review, I feel a bit mellow and that’s because I’m pretty sure that most of the upcoming games won’t be as good as Human Revolution. I doubt there will be any other game with this level of freedom, this clever level design and the ability to complete your goals in different ways. And to be frank, it saddens me… a lot. Deus Ex: Human Revolution is simply a piece of art that needs to be enjoyed by everyone. It has its issues but point us to a game that doesn’t. If we had better destructibility and interactivity, we could be easily speaking about an instant-classic title. But hey, it doesn’t and you know what? Who cares? Because this, my friends, is the best game of 2011 – as of now – so don’t waste any more time. Go get it. Now! 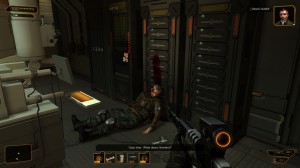 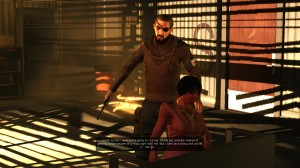 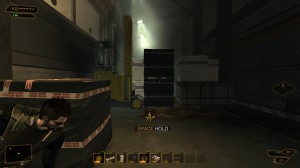 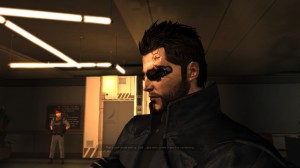 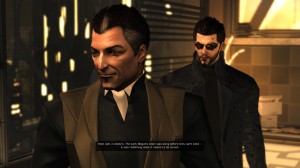 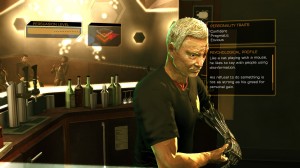 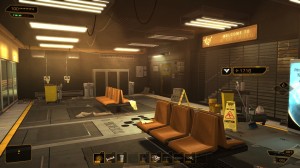 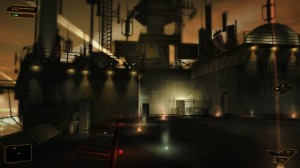 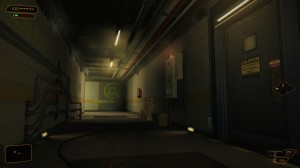 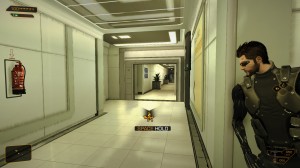 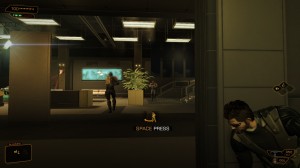 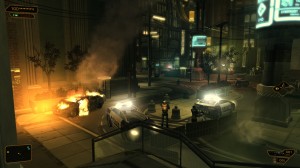 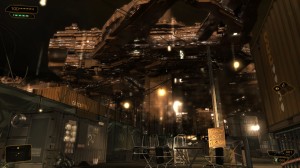 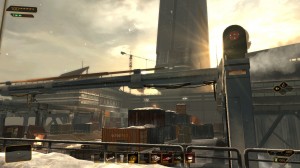 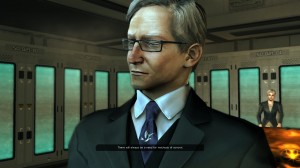 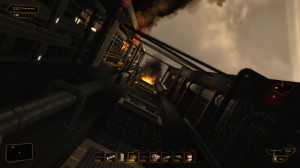