It’s been almost 12 years since the release of Diablo 2. During this time, a lot of things can change. New challengers had entered the ring and tried to reclaim D2’s throne. None of them succeeded. Players have been waiting patiently for the next part of this legendary series and although Diablo 3 was revealed a couple of years ago, its development had started in 2001. This means that it’s been in development for eleven whole years. And frankly, during its development we’ve seen lots of changes. From a gritty, dark and gothic hack ‘n slash fest, Diablo 3 became a cartoon-ish and easier to the eyes’ action RPG. I seriously don’t know if Blizzard was influenced by Torchlight or WoW, however, D3 looked more serious and adult back then.

Diablo 3’s beta has been going on since September 2011. In other words, it’s been half a year in beta phase, and we still don’t know its release date – although there are rumors for an April release. During these six months, we’ve noticed big changes. Rebalance over rebalance, tests with the Auction House, and one hell of fixes. There was plenty for everyone, and each newly patch came with major changes.

The beta version offered us a small glimpse of the game’s first levels, until the players get to kill the Skeleton King. Now I assume that’s the final fight in the beta because I haven’t managed to finish it. In case you are wondering then no, it was not that bad. Simply put; when you’re playing for 1-2 hours, clearing dungeons, killing enemies and suddenly get a crash-to-desktop error, you really feel the need to rage quit and curse Blizzard. But then again, that’s the purpose of the beta, so we can’t really blame them, can we? So yeah, Diablo 3 suffers from lots of crashes and quite frankly, I expected Blizzard to fix most of them, given the fact that they had six whole months to identify and reproduce them. Seriously now, I’ve seen lots of smaller/indie studios fixing one hell of bugs in shorter time periods and a triple-A studio like Blizzard couldn’t? Something is fishy here… or perhaps Blizzard is too busy with its upcoming DLC or with the second episode of StarCraft 2. 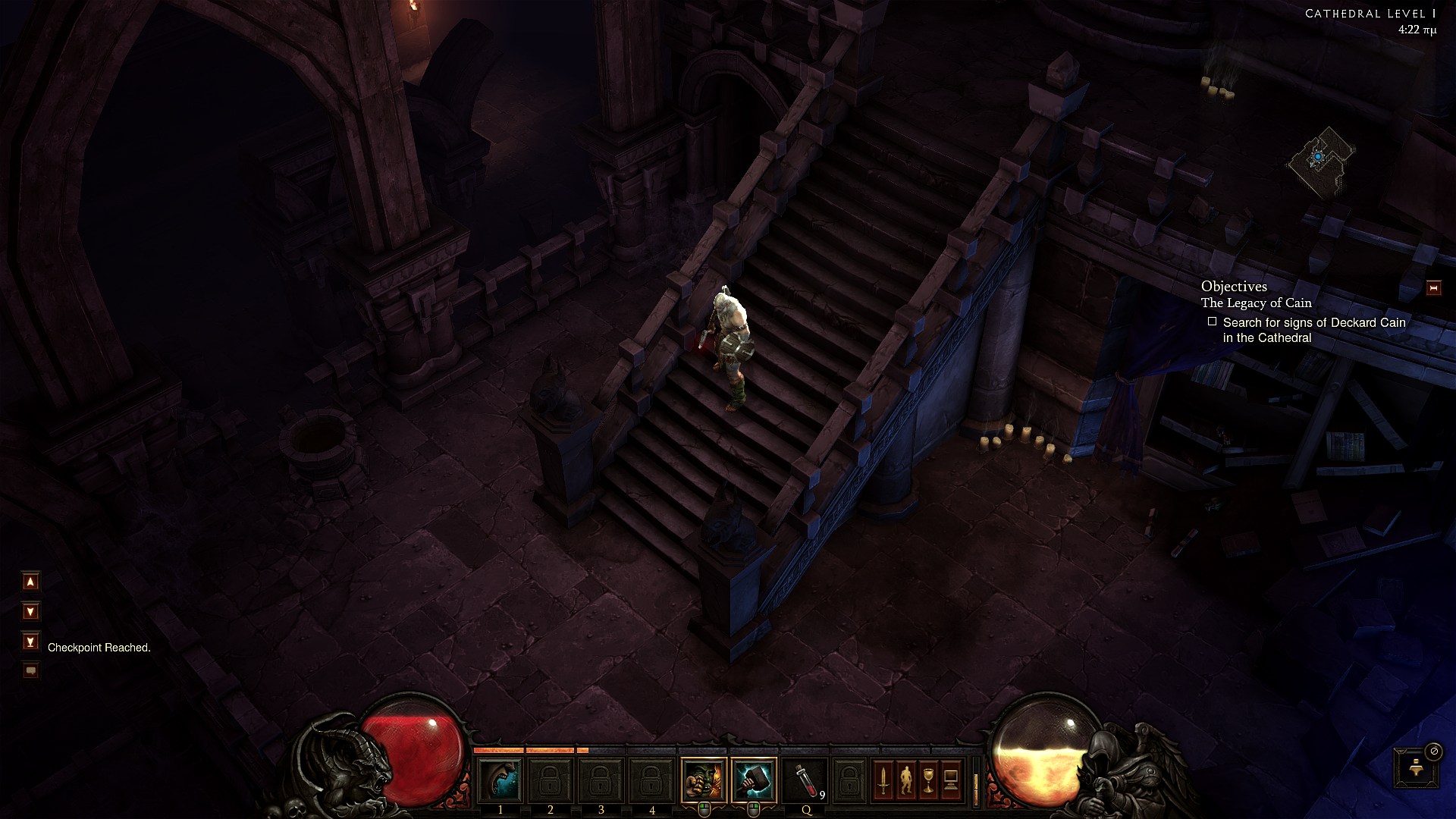 We won’t analyze the game’s graphics. This is a beta after all, so we’d like to give Blizzard the benefit of the doubt. However, I need to note that the game’s textures are really l and kind of blurry. Moreover, the cartoonish style is somewhat underwhelming. Thankfully, there is an FXAA mod for it that fixes both of those issues (mainly due to its de-saturation and sharpening filtering). We highly recommend it and you can view some comparison shots here. Apart from those issues, I have to admit that the Diablo 3’s physics are a joy to behold. Barrels and environmental objects/furniture can be broken into little pieces, while there are great rigid physics that can be noticed during some blasts. The attention to the whole detail is also amazing, as we get some pretty cool enemies, nicely designed NPCs, polished environments and beautiful particle effects. Diablo 3 certainly looks good, although it doesn’t push the graphical boundaries to new levels.

Diablo 3’s gameplay is quite simple. Players will have to kill everything that moves by pressing continuously the mouse buttons. And although I didn’t notice anything ground-breaking or something that has not been done in other games, I have to admit that Blizzard’s mistake is the attention to the game’s small details. As with its visuals, Diablo 3’s gameplay is simple, yet addictive as hell. You might catch yourself asking why you are still playing this game and before you realize it, 2-3 hours will have passed. Yes, even in its beta phase Diablo 3 is addictive as Blizzard has polished almost every aspect of the game. Everything was great. The combat mechanics are simple, yet great. The game’s animations – especially the death animations of your enemies – are gorgeous, combat itself is hectic sometimes and keeps you playing for hours, and the AI of your enemies is pretty much non-existent. As with Serious Sam, this game needs a simple, yet entertaining AI system. It doesn’t have to be complex or the most sophisticated. It needs to provide hours of fun, and it accomplishes it. Oh, and there is plenty of loot to collect. Even in this beta, you can get access to a lot of armors/weapons/equipment. 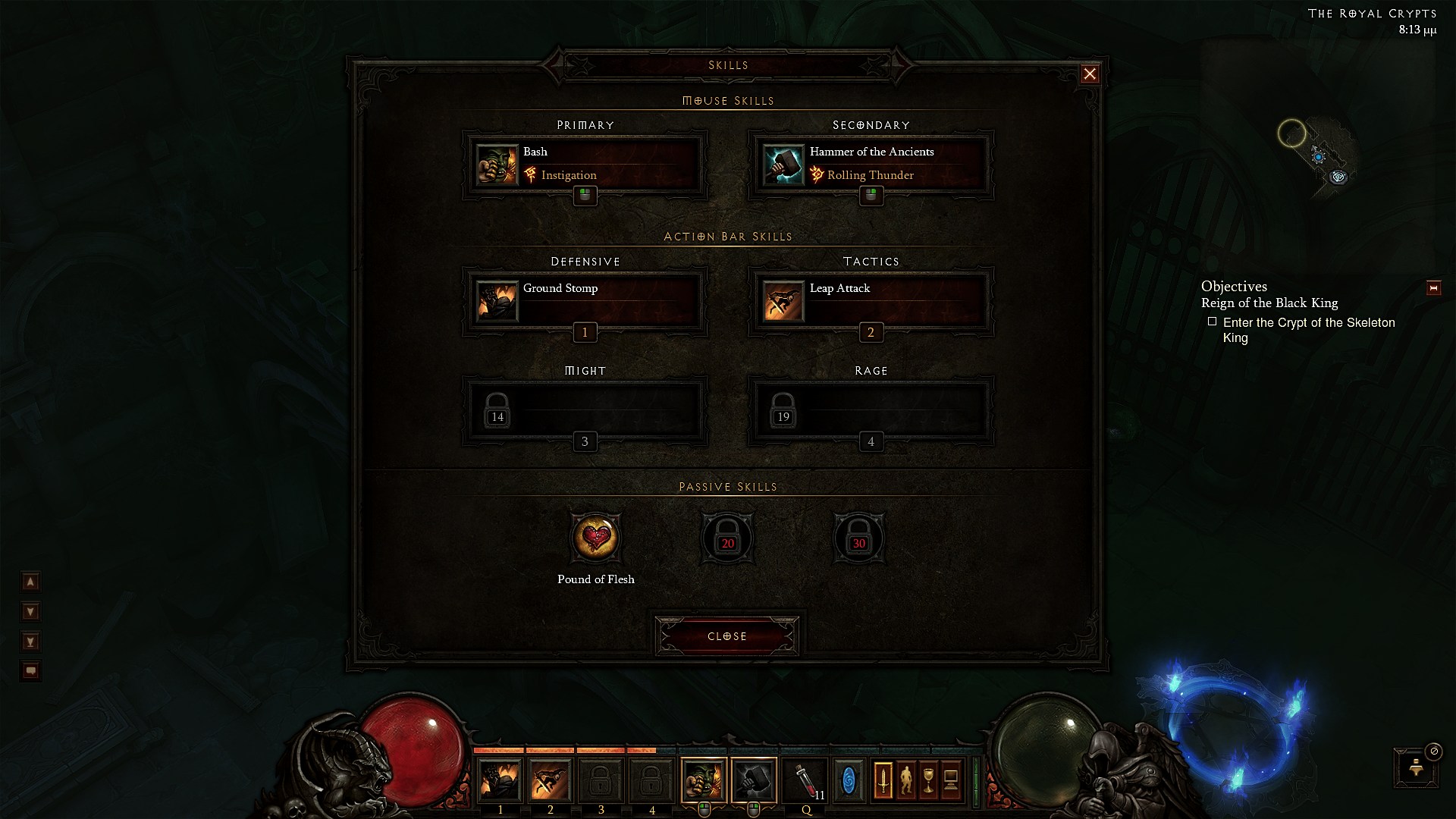 One of the big changes of Diablo 3 is its skill tree, which might disappoint some of you. For starters, we have the main attacks that can be activated with the mouse buttons. Next, we have the active skills that will be added to your toolbar. Finally, there are some passive skills. There are currently four attacks and four skill categories to choose from, and all of them can be upgraded. Moreover, you can switch at anytime and choose whatever skill/attack suits you best. Let’s say that you have chosen an X skill that is not powerful enough and want to give a shot to another skill. No problem. Just open the skill menu, browse to a skill category, choose the skill and replace it with another. Ironically, you can only use hot-keys for your selected skills. Correct me if I’m wrong but WoW’s toolbar is huge and our keyboards have lots of keys, right? Then why, oh why, doesn’t Blizzard let us use hot-keys for all the skills (even for those that are inactive)? Let’s say you could use hot-keys and had assigned a key to an inactive skill. By pressing it, you could easily enable it, and that would save you the trouble of going into your skill menu and choosing it. This micro-management thing is simply not needed. Or to put it simple; this current method of choosing skills hints to a console RPG. Could this be something that has happened due to the rumored console version of Diablo 3? It could be as it looks weird and out of place for a PC title.

Overall, Diablo 3’s beta left me with mixed feelings. Yes, this is an addictive hack ‘n slash title, but I was expecting something more after eleven years of development. I hoped for more originality, and the truth is that Blizzard is playing it safe, for the time being. So, let’s hope that the final build will be a bit better and an improvement over this beta version. 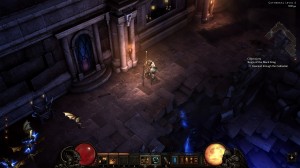 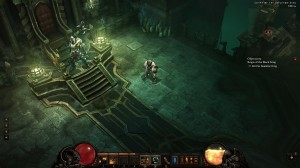