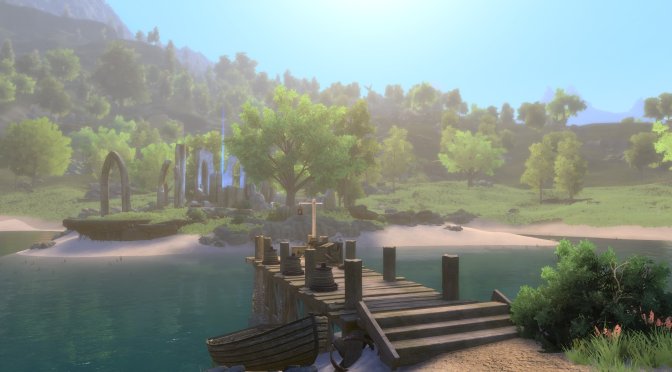 The Elder Scrolls IV: Oblivion turned 16 years old yesterday, and the Skyblivion team released a new comparison screenshot. This screenshot is right when you leave the sewers and start exploring the game’s open-world area.

Skyblivion aims to bring The Elder Scrolls IV: Oblivion to a new generation of gamers and re-introduce it to long-time fans of the series. This mod will also support both Skyrim Legacy Edition and Skyrim Special Edition.

Upon release, the mod will be completely modular. As such, players will be able to choose what components they want to install. This includes all enhancements developed by the team such as its Landscaping Overhaul, Interior Overhaul, City Overhaul, Weapon/Armor Overhaul and much more.

Do note that this comparison screenshot is from a WIP build. After all, there is still no ETA on when this total conversion mod will come out. Nevertheless, it can give you an idea of the graphical differences between the mod and Oblivion’s original vanilla version.