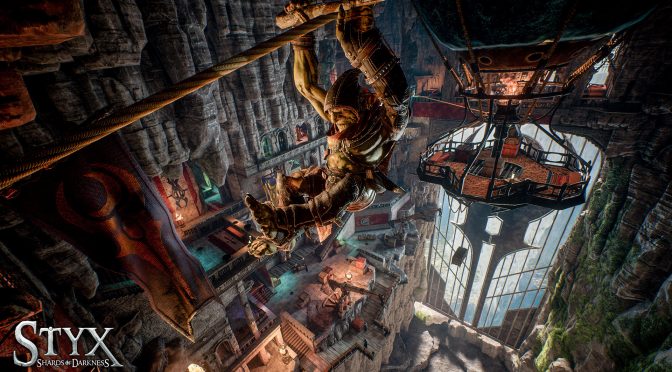 Focus Home Interactive has released four new screenshots for Styx: Shards of Darkness, showing off the heavily guarded Port of Korrangar, airships in flight, and the impish nature of the green-skinned thief himself.

In Styx: Shards of Darkness, players will have access to a far greater arsenal of tools and abilities to fit with a range of different playstyles.

Players can avoid or hunt guards with potent Amber powers, including the ability to instantly teleport into a newly hatched Styx clone.

A newly-added crafting system will lets them adapt to situations as they progress, allowing them to craft lethal traps and other devices from components stolen on their adventure.

According to the publisher, this open-ended approach extends beyond Styx himself. The game once again features highly vertical environments, far grander in scale and non-linearity than ever before. Every objective is achievable through many different routes and tactics – from lurking through shadowy depths to unleashing silent attacks from above, how Styx progresses in each mission is entirely up to you. 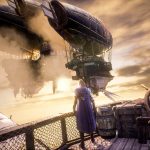 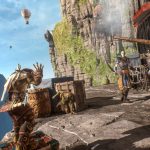 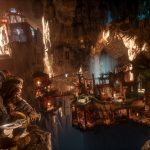 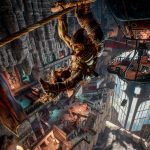