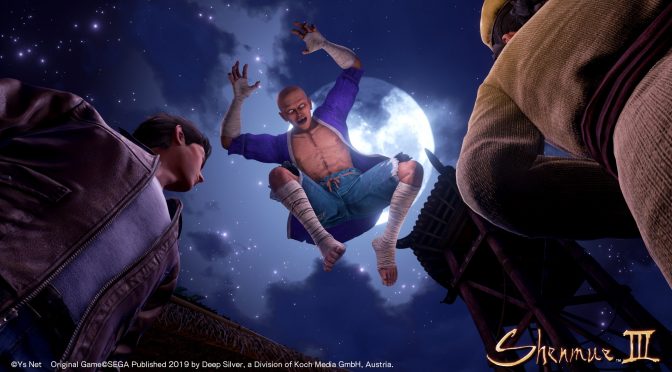 Deep Silver has released a new set of screenshots for Shenmue 3 that were revealed during Yu Suzuki’s JapanExpo masterclass last week. These screenshots showcase some of the game’s characters, as well as some of its environments.

Shenmue 3 is powered by Unreal Engine 4 and we can assume that these screenshots are from its latest build. However, and since the game has not been released yet, they do not represent the quality of the final product.

The biggest issue I have with Shenmue 3 is not about its art style or the tech behind it. In all screenshots, the game looks quite good (it’s not the best looking game but you can’t call it an ugly game). No no no, its visuals are fine. Its animations, however, are not looking that great and that’s what will displease a lot of gamers. Hell, even its E3 2019 trailer features some awkward animations and facial expressions that look as bad as what we’ve experienced in Mass Effect Andromeda.

Ys Net is a small team and we can’t expect a triple-A game from it, however I seriously hope that the developers will further polish both facial expressions and animations. The game is currently planned for a November 19th release so there is still hope (though I’m pretty sure that we won’t see MAJOR changes/improvements).

Furthermore, and while the game is using Unreal Engine 4, it will be using the DirectX 11 API. As such, it will also be interesting to see whether there are any performance issues caused by this API in older CPUs.