CD Projekt RED has released a new in-game screenshot for Cyberpunk 2077. This screenshot shows male V in a car-chase shootout and was originally released via the game’s official website. CD Projekt RED was quick enough to take it down, however one of our readers was able to save it and share it with us. 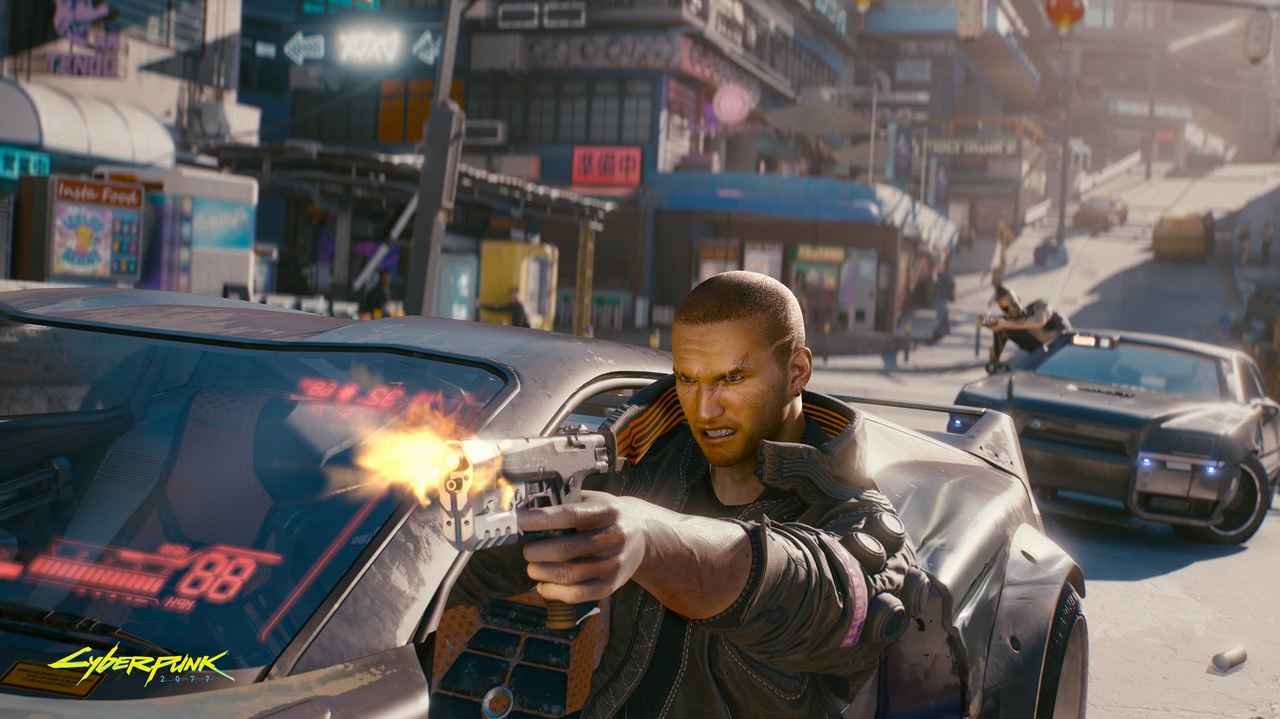 This screenshot could contain some easter eggs so make sure to carefully examine it. This screenshot also confirms that the game’s destructible cars/vehicles (the door for example is missing) though we don’t know the extend of the destruction for vehicles.

Cyberpunk 2077 looks beautiful and it will be interesting to see whether the final game will look as good – or even better – as the game’s current build.

Naturally, and in order to avoid any visual comparisons, CD Projekt RED has stated that the current build does not represent the visual quality of the final product.