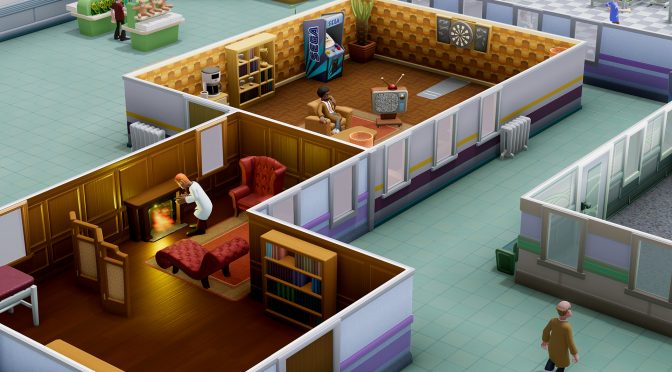 Alongside the removal of Denuvo, this hotfix fixes some crashes on boot, adds logging to help track down further crashes, fixes majority of load fail as well as various cases of bad data getting in to save files.

This hotfix is available on the beta branch and you can access it by following this guide.

We’ll make sure to test the Denuvo-free version of the game and see whether there are any performance or CPU usage differences between them.

Below you can find the complete changelog for this first hotfix for Two Point Hospital.

• Fixed majority of load fails (These were mostly caused by guest trainer or room building. The issue was most commonly seen in Mitten University)
• Fixed various cases of bad data getting in to save files
• Fall backs for characters that were saved in a bad state so that they can pick up what they were doing

• Fixed some issues to do with characters getting the nav fail icon over their head for seemingly no reason
• Fixed characters sometimes switching between behaviors too often
• Fixed doctors behaving weirdly when being interrupted in operating theater
• Fixed characters sometimes teleporting out of rooms
• Fixed VIPs that slide around after loading a save
• Fixed Recurvery machine upgrade causing invalid interaction points, which could cause the room to become broken

• Fixed item placement breaking when you have a clock over a fire extinguisher
• Fixed a occasional problem caused by items being moved to a blueprint
• Fixed localisation error in Settings screen (for German, Chinese and Polish)
• Replaced Denuvo anti-tamper with Steam DRM