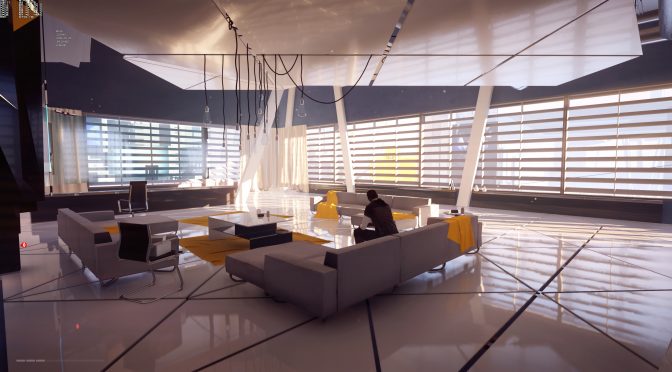 In 4K, the beta build of Mirror’s Edge: Catalyst ran with 20-40fps. However, there were occasions during which our framerate dropped at 4-5fps. Those drops were due to VRAM limitations. In 4K, the game demands more than 6GB of VRAM in order to be enjoyed (something that explains those awful framerate figures that owners of NVIDIA’s GTX970 GPUs had previously reported).

In 1080p, the game ran with a minimum framerate of 70fps on Ultra settings. We did not experience any drops or stutters, so we’re almost certain that cards equivalent to NVIDIA’s GTX970 will be able to handle the game with constant 60fps at 1080p.

Thanks to the Frostbite 3 Engine, the beta also scaled well on more than four CPU cores.

Unfortunately, DICE did not include a wealth number of graphics options to tweak, and some distant textures were kind of low-res. And let’s be honest here; if Battlefront’s beta is anything to go by, things will not dramatically improve between this beta and the final build.

On the other hand, we did not experience any mouse acceleration or smoothing issues, and a FOV slider has been included.

All in all, Mirror’s Edge: Catalyst looks and plays beautifully on the PC, even in its current beta state, so we are pretty sure that the final product will perform ideally on our platform.