Two new screenshots for City Interactive’s upcoming fantasy action/role-playing game, Lords of the Fallen, have been unveiled. Lords of the Fallen is said to be a demanding and strategic third-person action-RPG experience that is being created for next generation consoles and PC. The game is scheduled for release later this year. Enjoy! 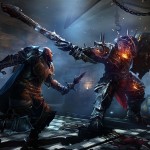 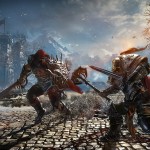