Turtle Rock Studios has released the first screenshots for its upcoming sci-fi MP title that pits a four-player crew of alien hunters against a separate player-controlled monster. These first screenshots showcase the monster that players will be able to control. Evolve is powered by CRYENGINE and is planned for a 2014 release on next-gen consoles and PC. Enjoy the screenshots, courtesy of GameInformer! 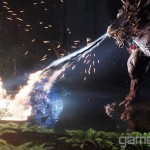 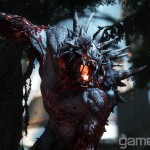