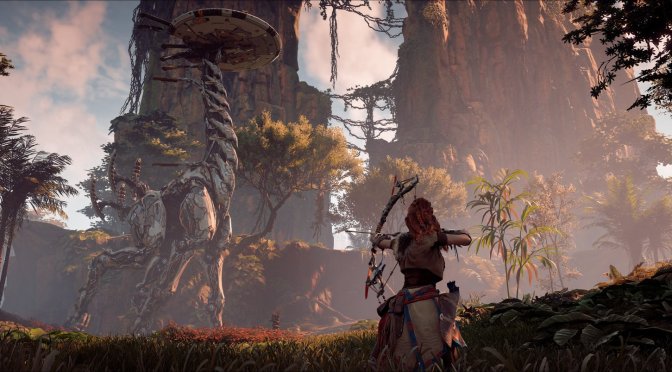 Guerrilla Games has shared the first official PC screenshot for Horizon Zero Dawn Complete Edition. Moreover, the developers have confirmed that the game will have ultrawide monitor support, something that will please a number of PC gamers.

This screenshot comes from the official Steam store page of Horizon Zero Dawn Complete Edition. On its forums, however, the developers confirmed that this is indeed a PC screenshot. So go ahead and take a look at it.

Unfortunately, we still don’t know whether the PC version will have better graphics settings than the PS4 version. Sony and Guerrilla Games will reveal more details about Horizon Zero Dawn PC in the coming months, so stay tuned for more. Until then, enjoy the following screenshot!