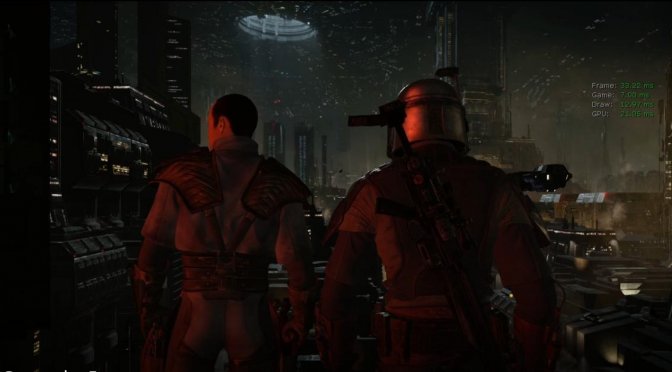 What’s also interesting here is that these screenshots have frametime numbers. Back in 2012, Lucas Arts claimed that the game was running on a high-end PC with an NVIDIA graphics card. As such, we can assume that an NVIDIA GTX680 was able to run the game with those frametimes.

In Star Wars 1313, players would take control of a lethal bounty hunter in a never-before-seen dark and mature world. The game would be using Unreal Engine 3, and it was targeting the PC (alongside current-gen consoles).

Kudos to our reader ‘Bruce’ for sharing these screenshots! 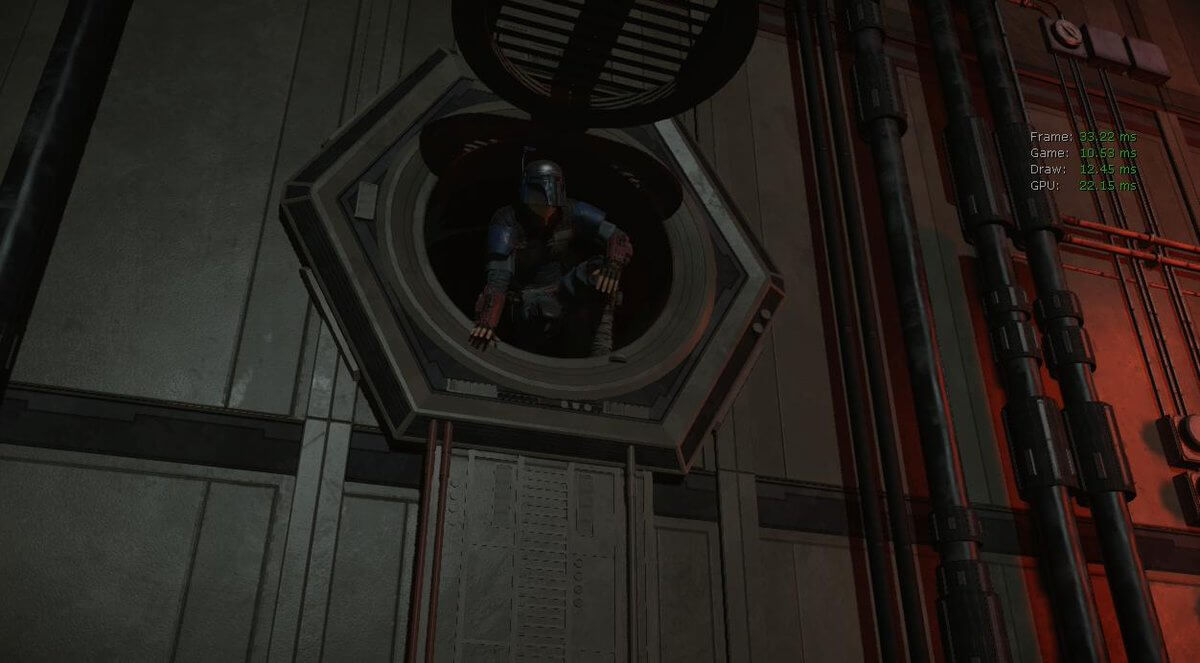 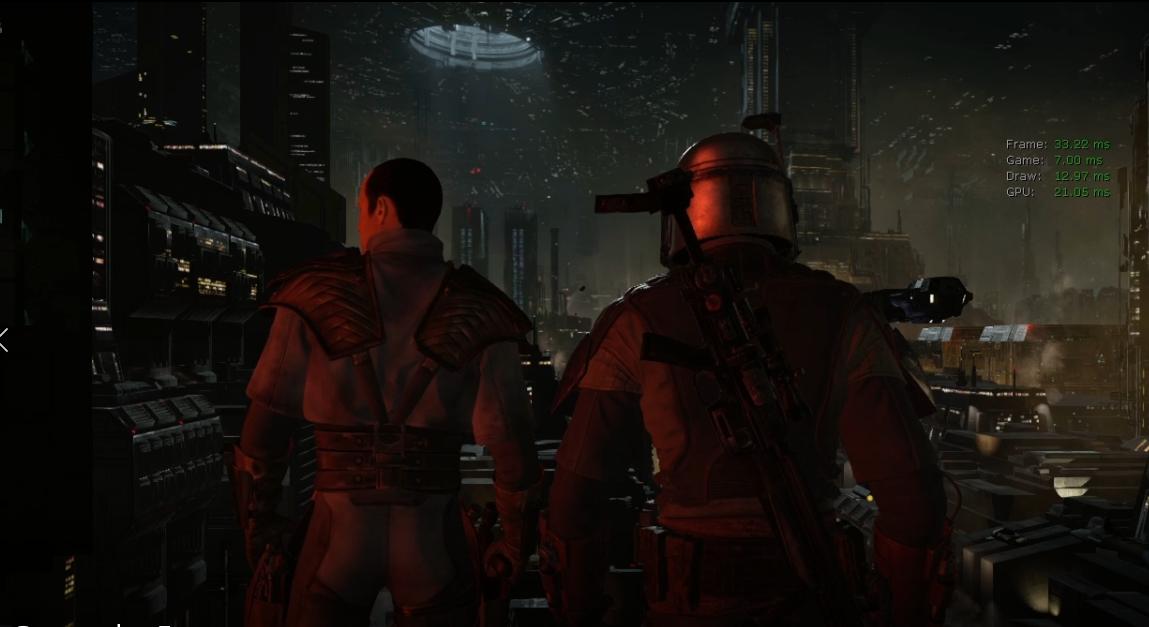