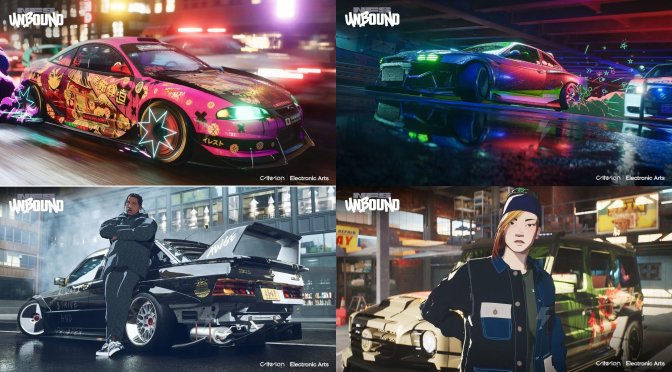 Japanese retailer Neowing has just revealed the first screenshots for Need for Speed Unbound. These screenshots will give you a glimpse at the game’s new art style. 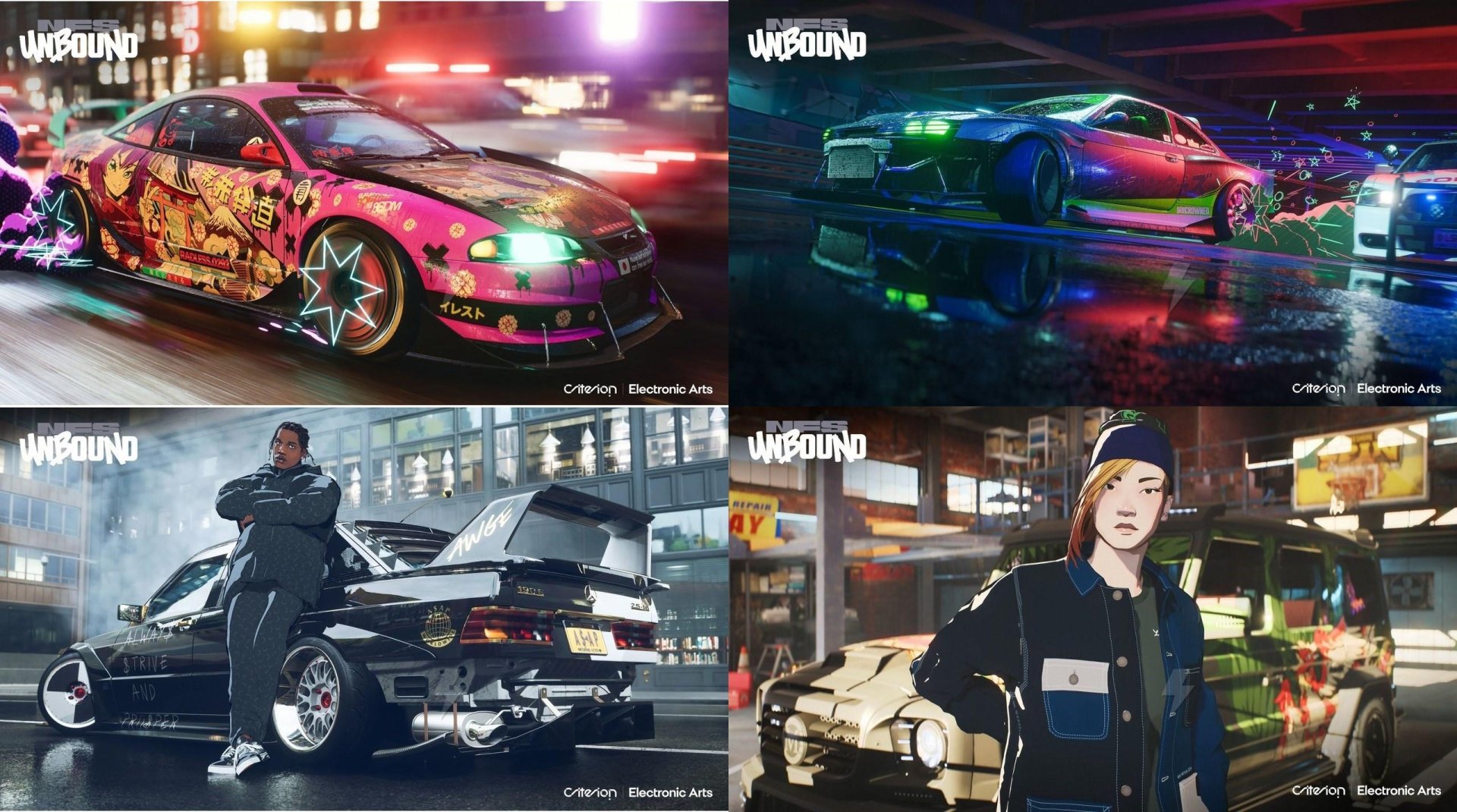 Electronic Arts plans to officially reveal Need for Speed Unbound tomorrow. According to reports, this new NFS game will be only coming to current-gen platforms.

From what we know so far, Need for Speed 2022 will be using the Frostbite Engine and will most likely have some anime elements. The game will take place in a fictionalized Chicago, named Lake Shore City.

Here is also the game’s description from Neowing.

“Race against the clock, outrun the cops, and qualify each week for the ultimate street racing challenge at Lakeshore – The Grand. Fill your garage with precision-tuned custom machines, dress in your own unique style and exclusive attire, and light up the streets with a soundtrack that echoes from every corner of the globe.

-The world is your canvas.
Bring graffiti to life with a completely new visual style, combining the latest street art with the most realistic cars ever seen in Need for Speed. Access a new toolkit full of energetic visual and sound effects, including Burst Nitrous, a new boosting element that delivers dizzying speed.

-Express yourself to the fullest extent of your abilities.
Show off your style at Meetups with the latest fashion from around the world, including tons of exclusive gear. Then take your car’s style to the next level by transforming it with unique wraps and cut-outs to match your legendary custom machine, take the lead in races, and strike your own winning pose to stand out from the crowd.

-Find freedom as it flows:.
A$AP Rocky, AWGE, and other pioneering artists from the modern Hip-Hop scene contribute to the soundtrack, which features original songs that transcend genre boundaries. The original music was created by French producer Brodinsky. The songs are a reflection of the underground culture that is at the heart of Lakeshore, and the various expressions of HipHop from around the world.”