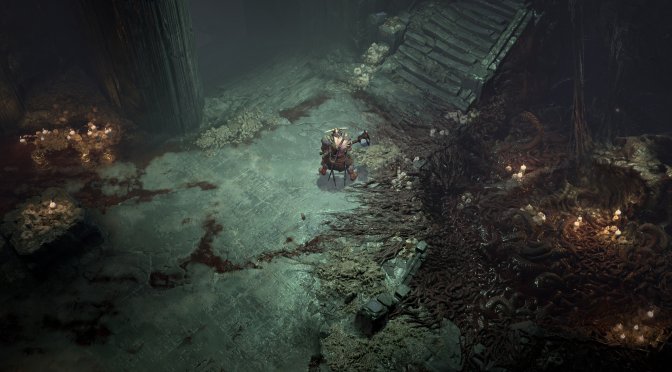 Activision and Blizzard have also released the first in-game 4K screenshots for Diablo 4. These screenshots will give you a better idea of the game’s graphics, as well as its art design and visual style (which is closer to Diablo 2).

Diablo 4 aims to draw players into a grim story line and give them the freedom to explore and forge their own path. The game will feature the most expansive and intense vision of the world of Sanctuary; a bleak and shattered hellscape bereft of hope and beset by demons.

As we’ve already reported, Diablo 4 will be always-online and will not feature any offline mode. Furthermore, Blizzard has not provided any ETA on when the game will come out so don’t expect to be playing it anytime soon.

Still, I’m certain that most Diablo fans will find these screenshots interesting. After all, these screenshots are artifact-free (something from which all YouTube videos/trailers suffer). So yeah, they can better showcase the game’s graphics. Furthermore, some screenshots are in a 21:9 ratio. As such, we can safely assume that the game will support ultra widescreen monitors at launch.