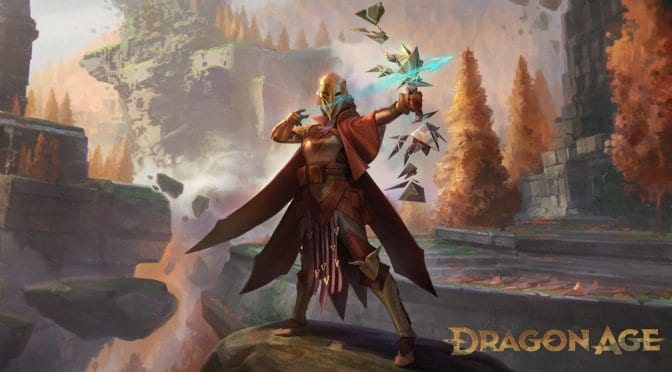 The concept art features an archer shooting a bow made up of magical fragments and an arrow of magical energy.  A similar magical bow was also showcased in the game’s first official CG trailer footage back in December 2020.

Christian tweeted, “Just wanted to say Happy New Year to everyone. I hope all are safe and well. Here’s to new beginnings…” 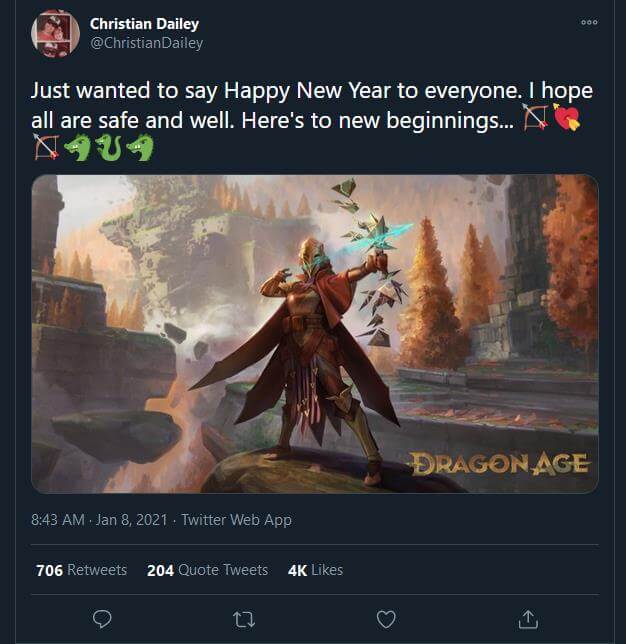 Dragon Age 4 was one of the most open secrets in gaming. Because after the ending of Dragon Age: Inquisition’s final DLC, it was very clear that the saga of Thedas was not over, and we could expect another Dragon Age game to follow. 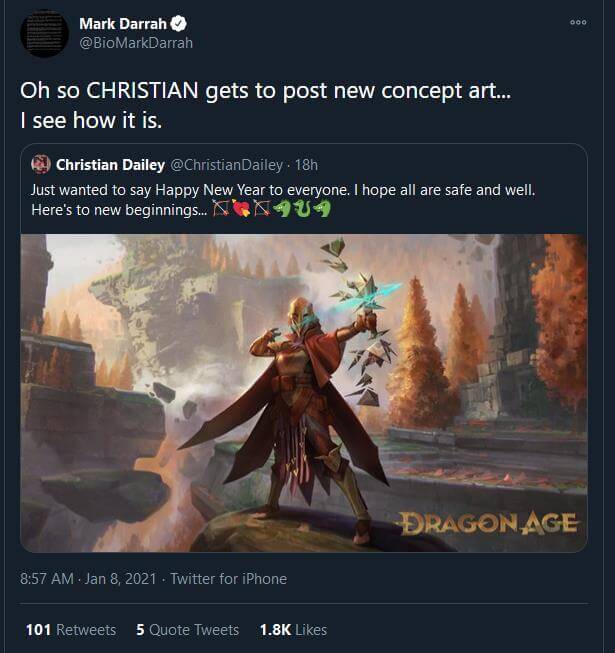 There is currently no release date for Dragon Age 4, or the next entry in this Dragon Age franchise. The game will use DICE’s next-gen Frostbite engine, the same engine that will power Jedi: Fallen Order 2 and Battlefield 6.