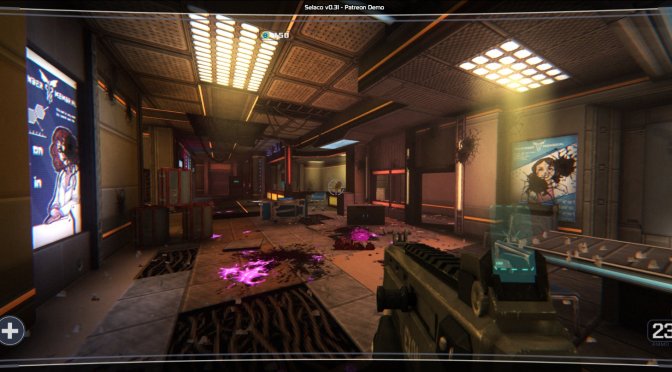 A new set of screenshots have surfaced from the upcoming retro shooter that is heavily inspired by F.E.A.R. and Doom, Selaco. These new screenshots showcase some environments that are present in the game’s Patreon exclusive demo.

Selaco is an old-school FPS that promises to have an AI system similar to the one players enjoyed in F.E.A.R. and Half-Life. Enemies will be fully aware of each other’s presence and work together to take you down. Additionally, enemies will keep their distance if you apply constant pressure on them, will rush you if you hide or run out of bullets, toss grenades if you use the same cover for too long, and much more.

Kudos to Powered by id Tech* for sharing these screenshots