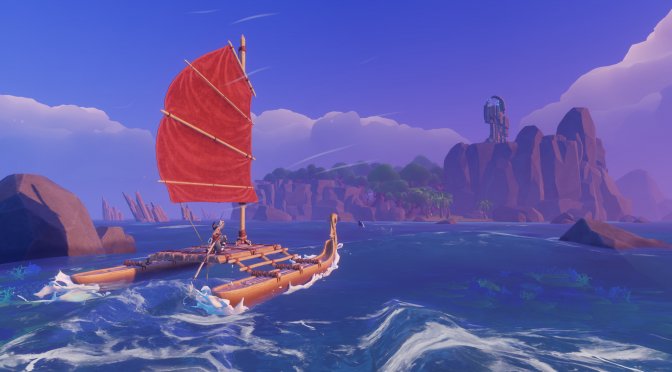 Windbound is a new third-person survival game that releases later today on the PC, and Deep Silver has provided us with a review code for it. As such, we’ve decided to test the game and share our initial PC performance impressions, alongside some 4K Ultra screenshots.

Windbound uses the Unity Engine and runs silky smooth on the PC. Our RTX2080Ti had no trouble at all running the game in 4K and on Ultra settings. We’ve also tested our AMD Radeon RX580 and we were able to get a constant 60fps experience at 1440p/Ultra settings. Thus, we can safely say that Windbound will run smoothly on a wide range of PC configurations.

Contrary to Wasteland 3, we did not experience any stuttering issues in Windbound. We also did not experience any “movement key lag“, or any mouse acceleration/smoothing issues. Furthermore, the game displays proper K&M on-screen prompts. Despite the fact that the game uses the Unity Engine, it runs silky smooth on the PC. Oh, and in case you were wondering, we can confirm that Windbound does not use the Denuvo anti-tamper tech.

Graphics-wise, Windbound does not bring anything particularly impressive to the table. And while on a technical level its graphics are not that great, the game greatly benefits from its art style. Windbound packs visuals similar to those of the latest Zelda games, and that’s something that a lot of PC players will appreciate. Thanks to this art style, the game can overcome its “limited” and current-gen-ish tech features.

In conclusion, Windbound runs silky smooth on the PC, and can run great on a wide range of PC configurations. We did not experience any crashes or stutters during our first two hours. The game also packs some lovely visuals thanks to its amazing art style.