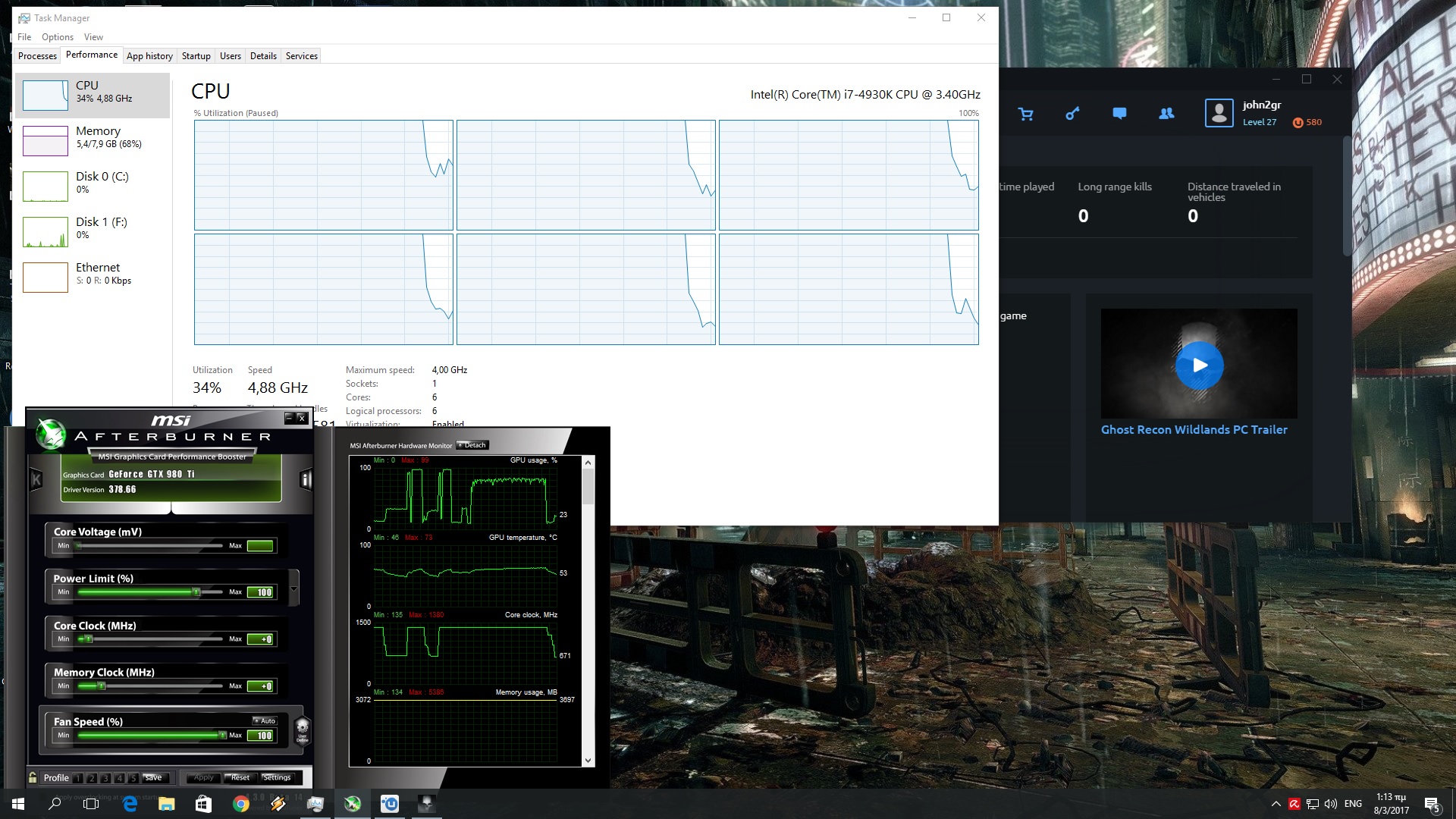 For this PC Performance Analysis, we used an Intel i7 4930K (overclocked at 4.2Ghz) with 8GB RAM, NVIDIA’s GTX980Ti and GTX690, Windows 10 64-bit and the latest WHQL version of the GeForce drivers. NVIDIA has already included an SLI profile for this title, meaning that PC gamers won’t have to mess around with third-party tools in order to enable it. If, however and for whatever reason, you are still using an older version of the GeForce drivers, you can follow this guide in order to enable SLI. 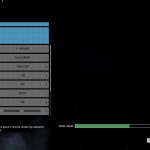 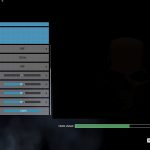 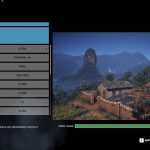 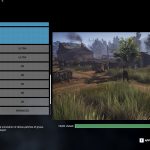 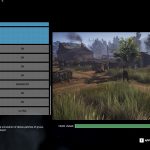 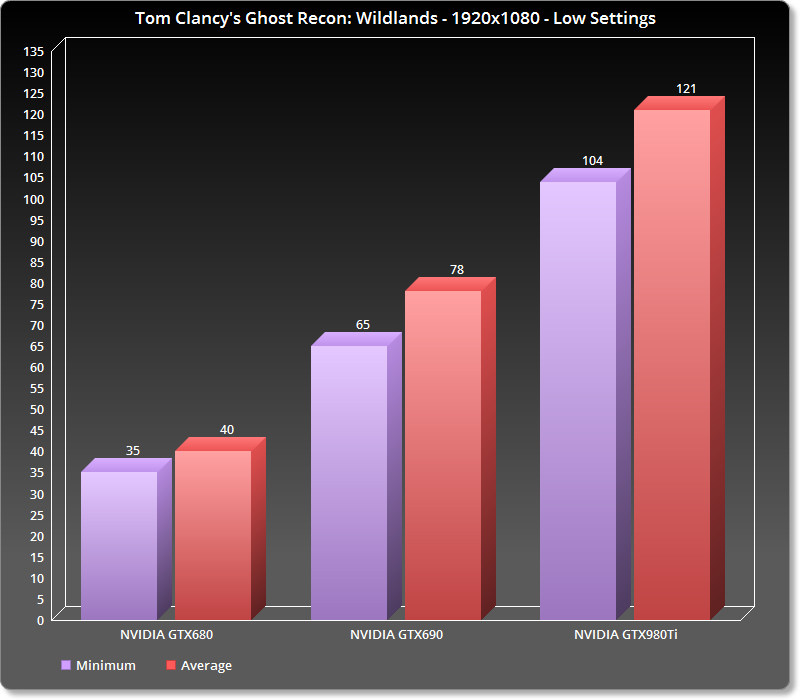 On High settings, our GTX980Ti ran the benchmark with a minimum of 75fps and an average of 83fps. On the other hand, our GTX690 ran the benchmark with 25fps/28fps in Single-GPU mode and with 49fps/54fps in SLI mode (we had to use Low Textures in order to avoid any VRAM limitations). As you can clearly see, anything higher than High settings will get owners of GPUs that are equivalent to GTX690’s raw power into framerate troubles. 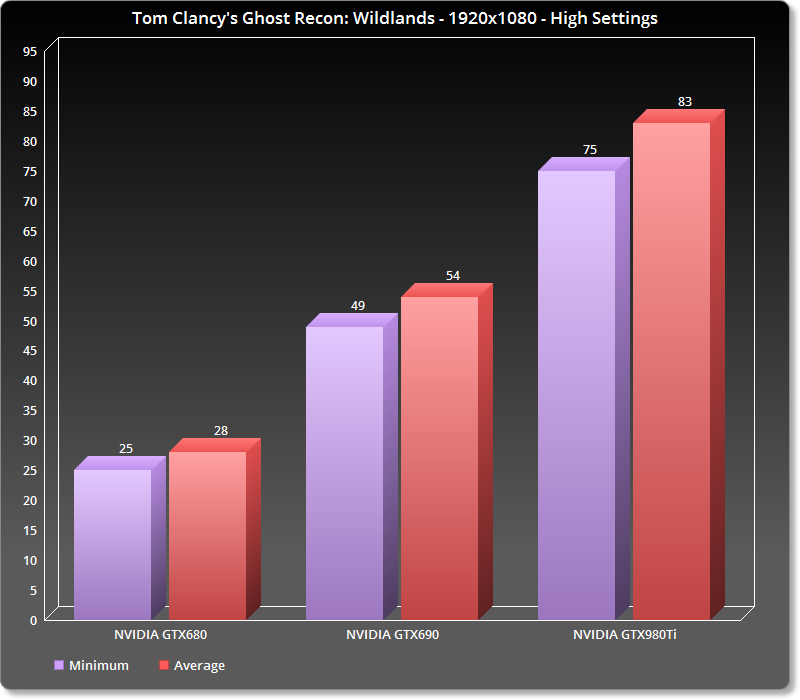 On Ultra settings, our GTX980Ti was unable to offer a stable 60fps experience as it ran the benchmark with a minimum of 45fps and an average of 50fps. 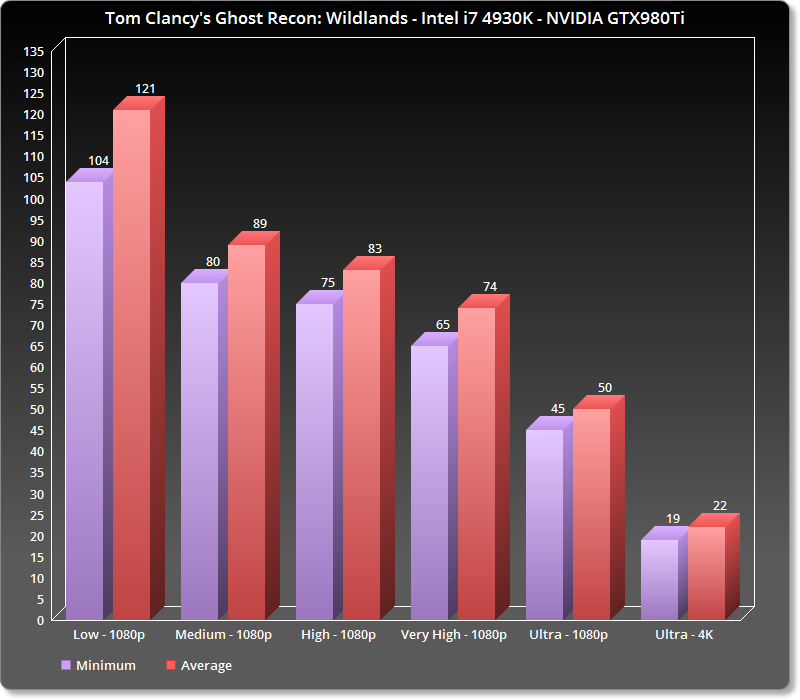 As such, we had to use the following custom Very High/Ultra settings in order to get an optimal performance. With these settings, our minimum framerate was 53fps and our average framerate was 61fps. For your interest, with these custom settings, our GTX690 ran the benchmark tool with 18fps/20fps in Single-GPU mode and with 34fps/39fps in SLI mode. 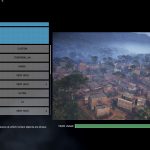 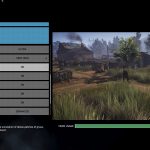 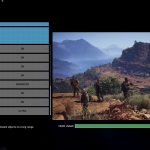 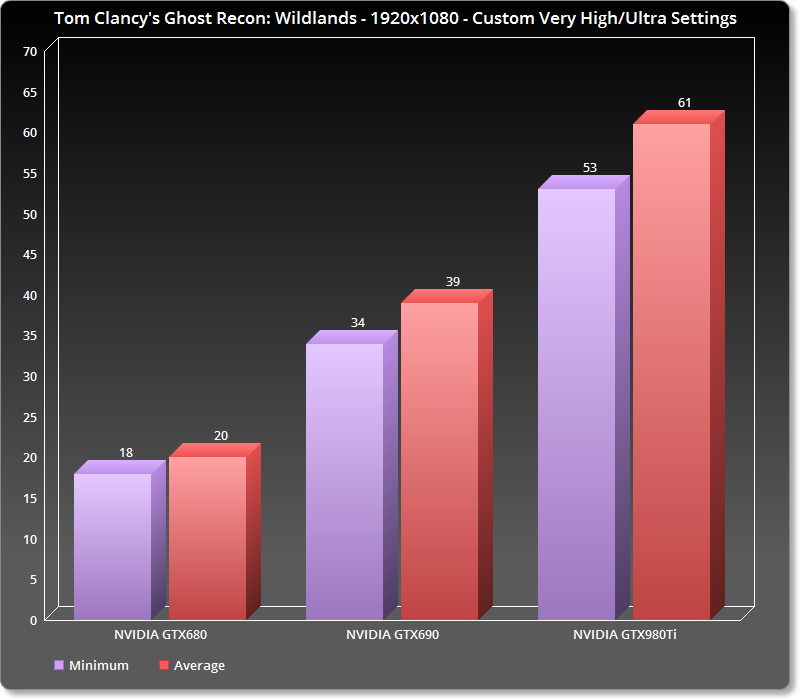 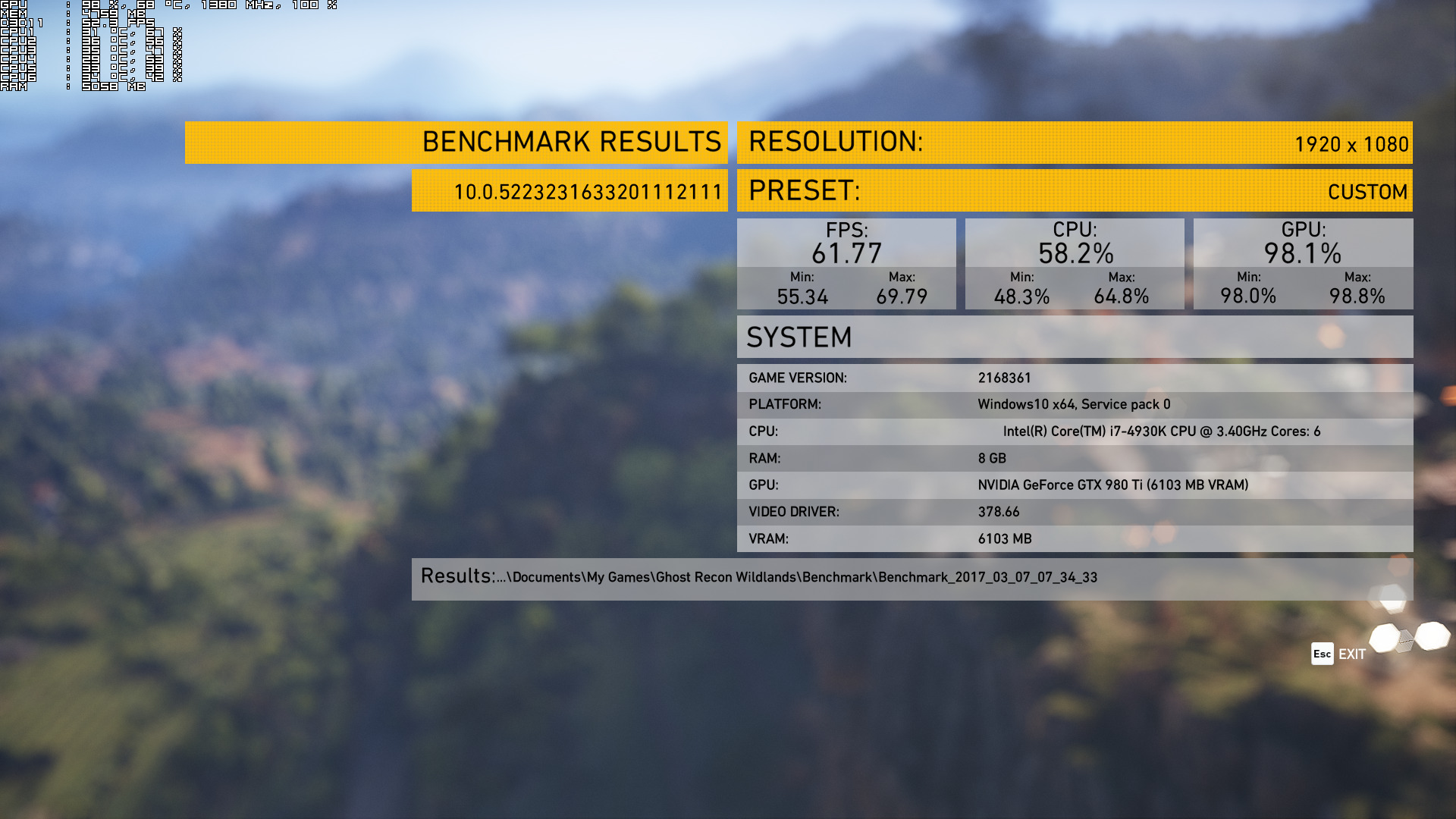 As said, Tom Clancy’s Ghost Recon: Wildlands is powered by the latest version of the AnvilNext Engine, and we have to say that we were really blown away by its multi-threaded capabilities. The game scaled incredibly well on all six cores of our Intel i7 4930K, and stressed all of them.

In order to find out how the game performs on a variety of CPUs, we simulated a dual-core and a quad-core CPU. For our CPU test purposes, we lowered our resolution to 720p and kept all settings to our custom Very High/Ultra settings. The reason we did this was because some options (like draw distance, terrain and vegetation can stress both the CPU and the GPU). However, it appears that we were bottlenecked by our GPU even at that really low resolution. As you can see, while our minimum framerates were improved when we moved from our simulated quad-core system to our six-core system, our average framerate remained the same. 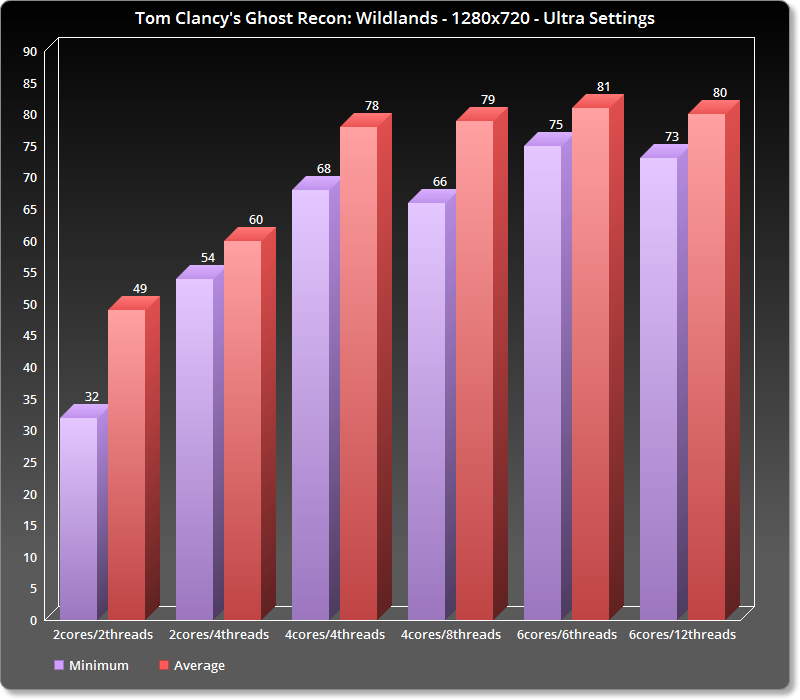 Therefore, we decided to lower our settings to Low in order to eliminate any possible GPU limitation. Thanks to its amazing multi-threaded capabilities, Tom Clancy’s Ghost Recon: Wildlands ran better on our simulated dual-core and quad-core systems when Hyper Threading was enabled. On our six-core system, we saw the opposite. And that’s probably because while the game scales on more than six cores, it doesn’t take full advantage of them. As such, Hyper Threading had a negative performance impact on that particular system. 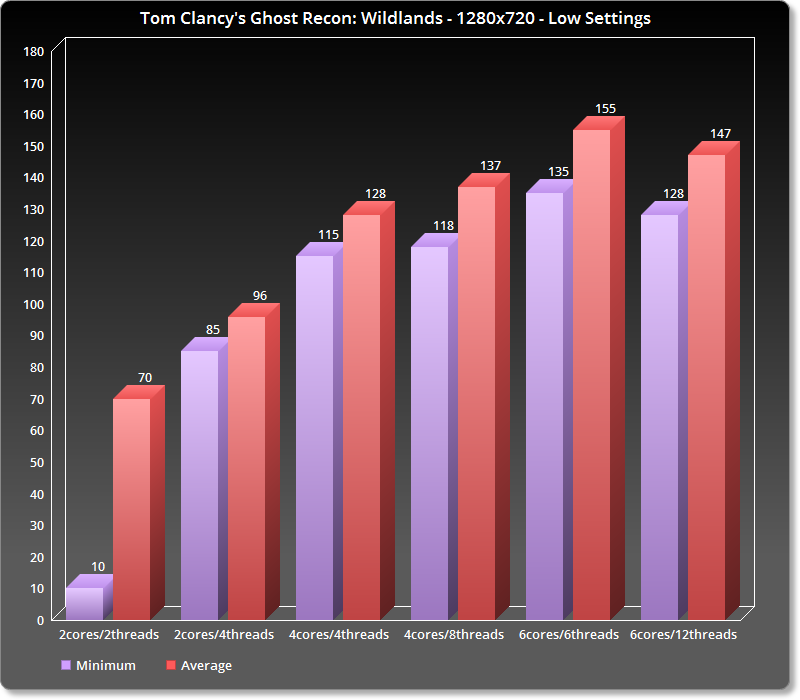 And that makes perfect sense when a game can’t take full advantage of more than six threads. Why? Simple. Hyper Threading basically forces every CPU core to handle two threads (think of it as halving the performance of each CPU core). When a game can take full advantage of eight or ten threads, it will perform better when Hyper Threading is enabled thanks to increased parallel performance. This explains why our simulated quad-core system performs better with Hyper Threading enabled. When it does not, the six main threads (in Tom Clancy’s Ghost Recon: Wildlands’ case for example) are being handled by underpowered (for lack of a better word) CPU cores, resulting in worse performance.

Visually, Tom Clancy’s Ghost Recon: Wildlands is among the most beautiful open-world games to date. Ubisoft has used a lot of high-resolution textures, and its environments – thanks to the incredible lighting system that was also used in Watch_Dogs 2 – look fantastic. Thanks to NVIDIA’s Turf Effects (that do not have a big impact on performance), players can interact with grass and bushes, though we have to say that we did not notice any groundbreaking bendable effects similar to those Square Enix showcased in its Final Fantasy XV tech demo. Yes, the game has been downgraded compared to its initial E3 unveil and it comes with some really high GPU requirements. However, it certainly is one of the most beautiful games to date. 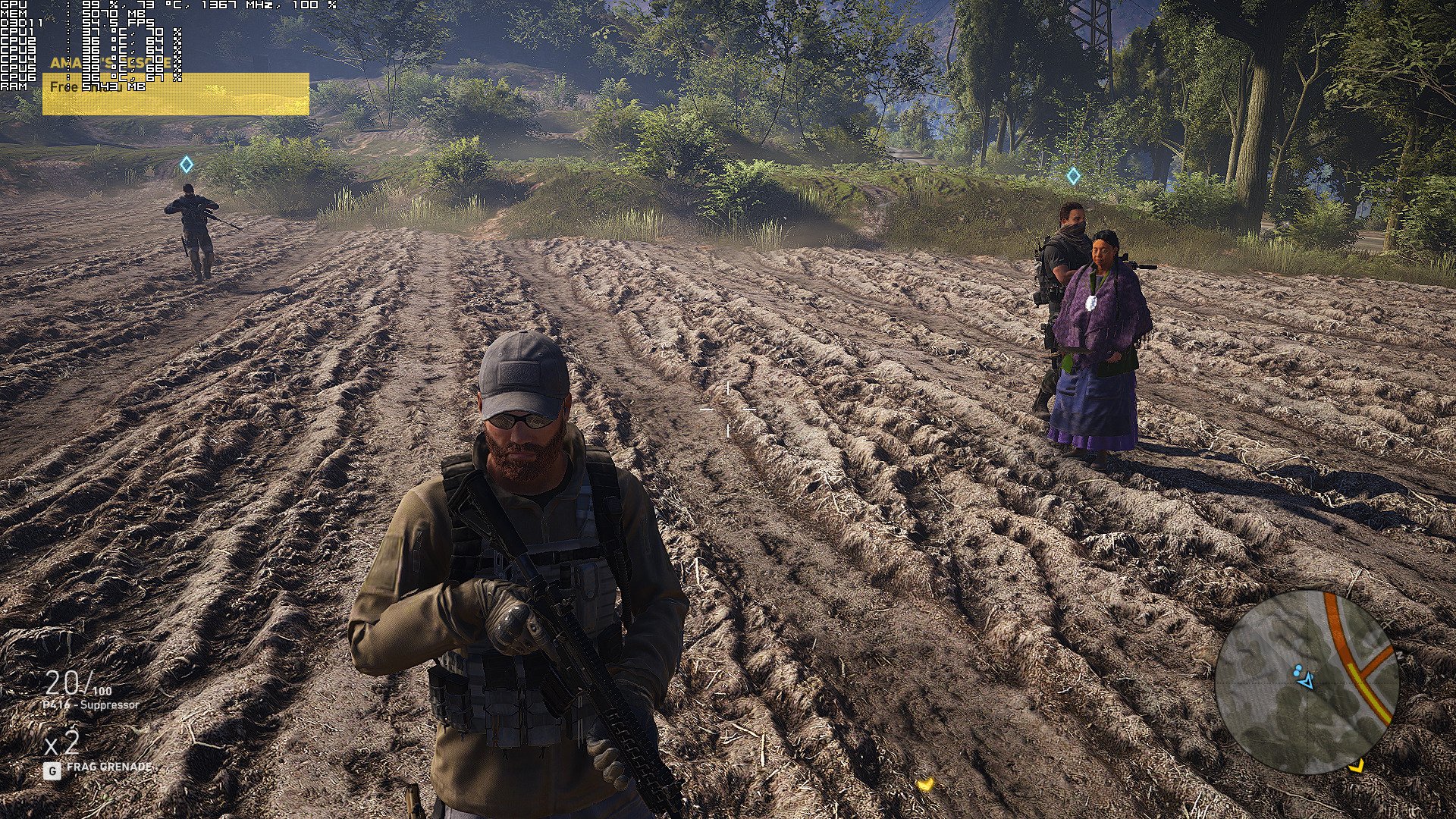 Of course this does not mean that Tom Clancy’s Ghost Recon: Wildlands is without its flaws. The hair in this game is so old-gen-ish, there is noticeable flickering and pop-in of objects on all graphics settings, you cannot set grass or tress on fire (like in Far Cry), environmental destruction is limited, and the game suffers from some ridiculous server latency issues.

From the looks of it, every God damn thing relies on the game’s servers. Graphics settings can lag when there are server latency issues, the game can pause for a couple of minutes until it synchronizes with its servers, high-resolution textures sometimes are not applied immediately (something we’ve also experienced in Tom Clancy’s The Division. Below you can find some screenshots showcasing the game’s texture streaming issues), and even the benchmark tool can sometimes take 1 or 2 minutes to load due – again – to server latency issues. As such, the overall gaming experience can become a big and complete mess, and Ubisoft needs to address this as soon as possible.

In conclusion, Tom Clancy’s Ghost Recon: Wildlands comes with some really high GPU requirements, and is not scalable on older GPUs (even though its Low settings look worse than those of other open-world titles… that also run better). However, this does not mean that this is a POS PC version of a triple-A multi-platform title. On the contrary. Tom Clancy’s Ghost Recon: Wildlands has its issues but overall it feels like a solid PC product. Tom Clancy’s Ghost Recon: Wildlands comes with a huge number of graphics settings to tweak, looks gorgeous even on High settings, runs with an almost constant 60fps on a modern-day dual-core CPU that supports Hyper Threading (provided you are not GPU-limited), does not require more than 8GB of RAM, offers proper on-screen keyboard indicators (mouse acceleration is also disabled by default), and feels smooth even at 50fps.

Here is hoping that Ubisoft will further improve performance on mid-end and low-end GPUs via post-release patches, and that it will resolve the game’s server latency issues that affect pretty much everything; from browsing options to playing the actual game. 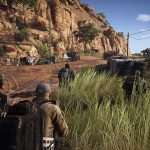 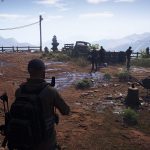 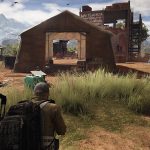 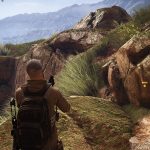 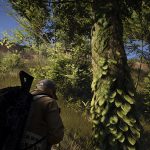 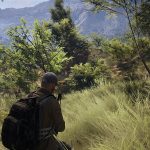 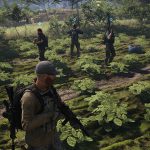 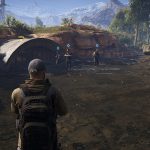 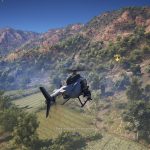