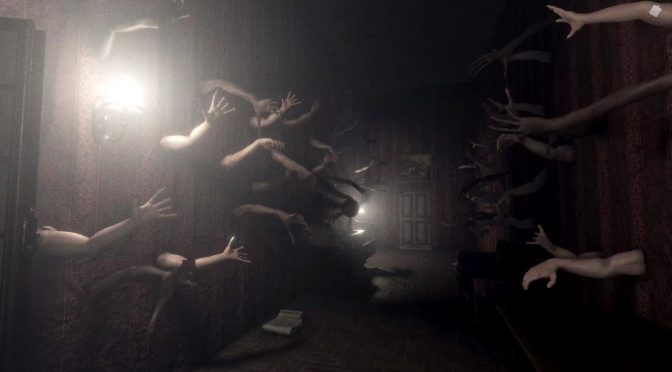 Those Who Remain is a Unity-powered survival horror game. Created by Camel 101, this game is now available on the PC. As such, it’s time to benchmark it and see how it performs on the PC platform. 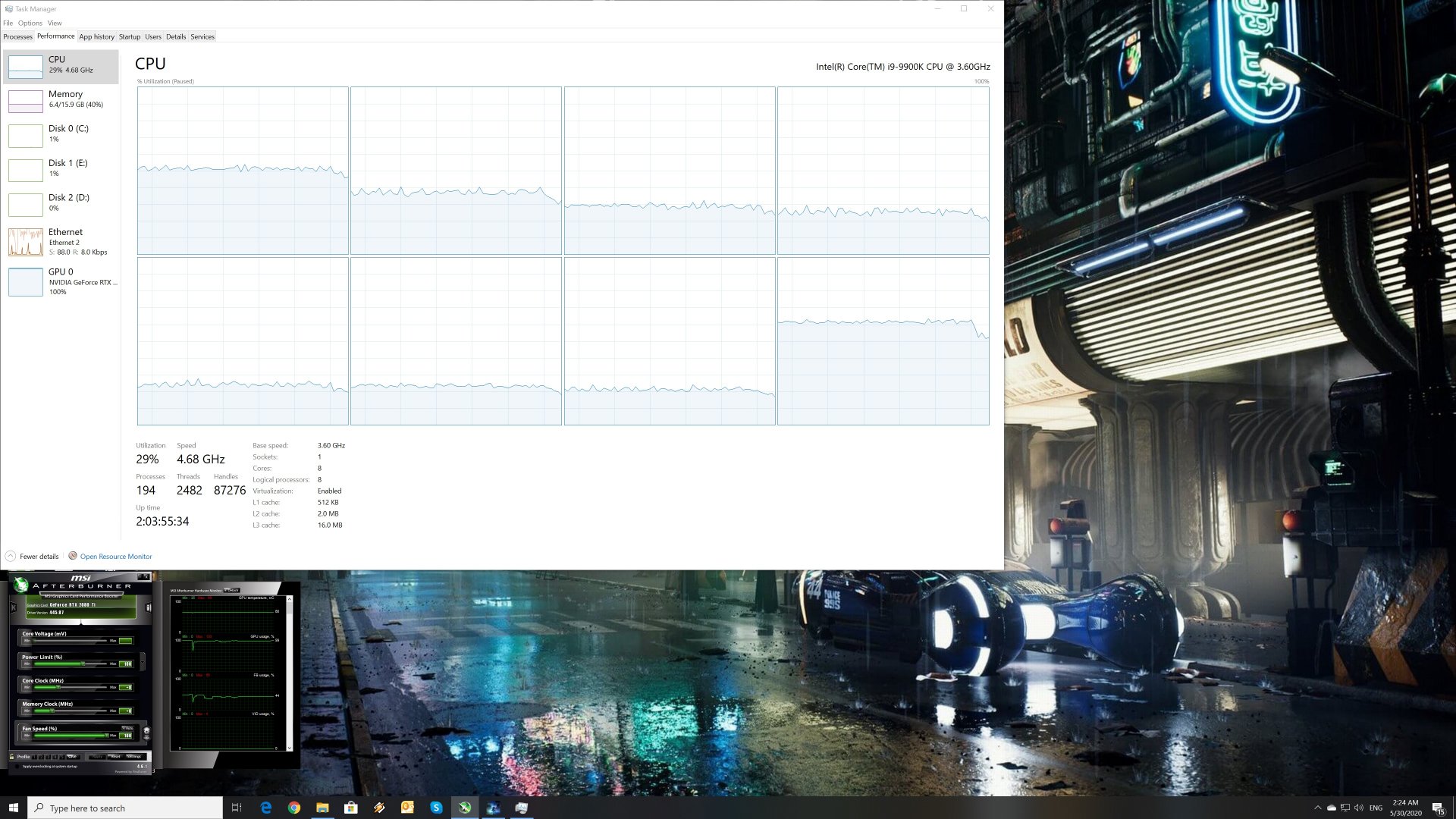 Camel 101 has added very few graphics settings to tweak. PC gamers can only adjust the quality of textures and shadows. There are also options for SSAO, Bloom, Noise and Anti-aliasing. Additionally, you will find two sliders for FOV and Gamma.

Those Who Remain can run on a huge range of CPUs. In order to find out how the game scales on multiple CPU threads, we simulated a dual-core, a quad-core and a hexa-core CPU. And, we are happy to report, that even our dual-core PC system was able to run the game at 1080p/High settings with more than 150fps. The game was GPU-bound even on our simulated dual-core system so yeah, you won’t encounter any major CPU performance issues. 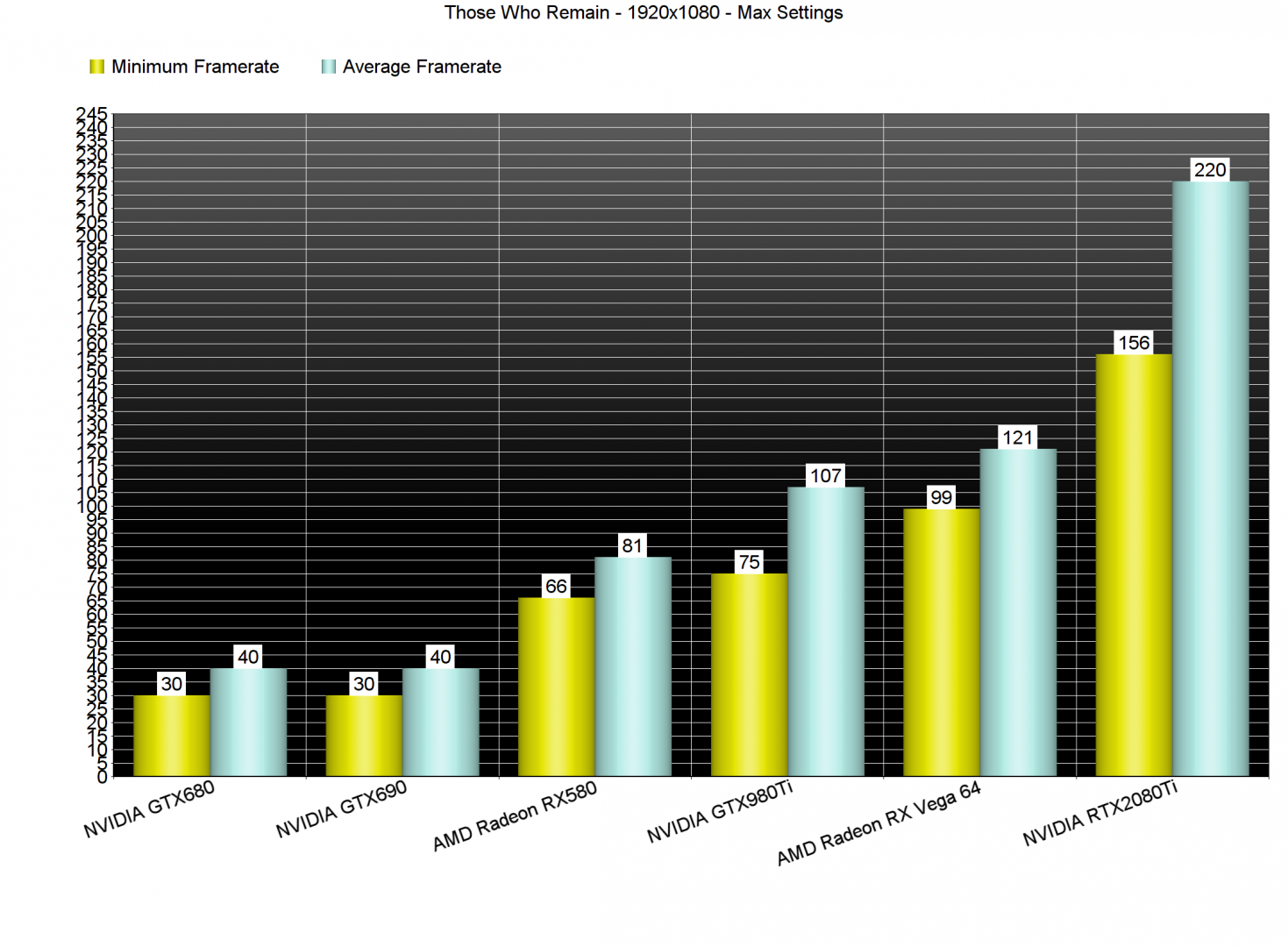 At 2560×1440/High, the only GPUs that were able to offer a smooth gaming experience was the AMD Radeon RX Vega 64 and the NVIDIA RTX2080Ti. As for 4K, NVIDIA’s most powerful GPU was unable to maintain a constant 60fps experience. 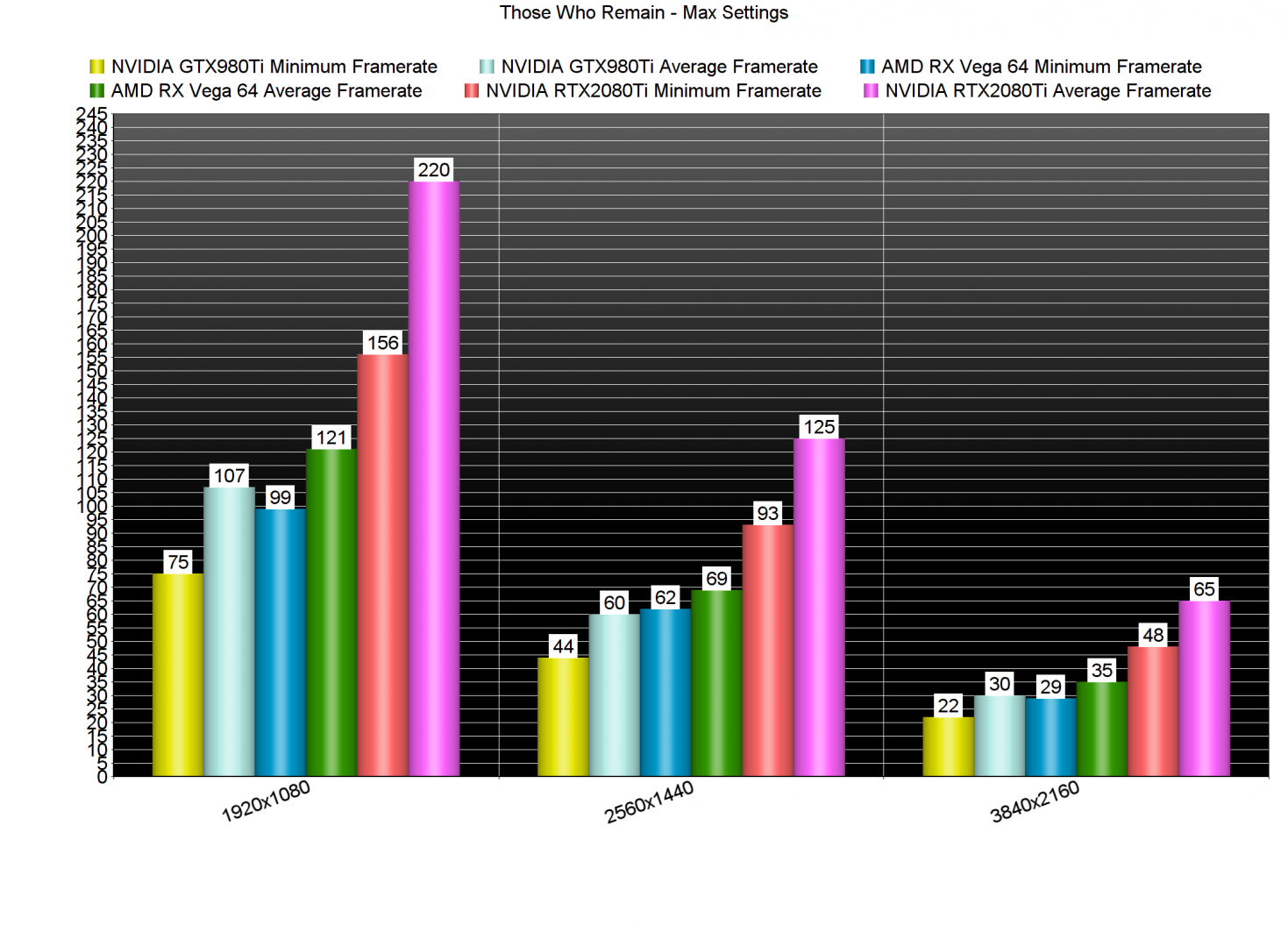 Graphics wise, Those Who Remain is serviceable. The game has a cool atmosphere and uses numerous light effects. After all, lighting plays an important role in this horror game. There are also some detailed textures, as well as some carefully crafted environments. However, the animations are awful and some objects (like cars) look average-ish. The biggest advantage of Those Who Remain over other indie UE4 horror games is its aesthetics. The game feels a bit de-saturated and its environments are dark. Still, and despite this, it somehow manages to look good. In short, it’s not a bad looking game. At the same time, though, it’s not a great looking game either.

All in all, Those Who Remain runs great at full HD resolutions. The game does not require high-end CPUs or GPUs in order to be enjoyed. However, the GPU requirements increase dramatically the moment you increase the resolution to 1440p and 4K. Thus, and in our opinion, it does not really justify its high GPU requirements at 4K.